More than 400 people have each scored a piece of a $4 million lottery jackpot in the Philippines, sparking calls for an official investigation.

The government-run Philippine Charity Sweepstakes Office on Monday posted photos of throngs of winners who each made more than 500,000 pesos ($8,506) in the October 1 draw.

The winning numbers were all divisible by nine.

Users on social media were divided, with some saying it was understandable that so many people played the same number combination, and others suggesting foul play.

“These lotto games are authorized by the Republic of the Philippines,” he said in a statement. “Therefore, we need to maintain and protect the integrity of these gambling games.”

Speaking on Filipino radio, Pimentel said if Senate hearings went ahead, statisticians would be asked to weigh in and the PCSO would be given a chance to explain its lotto system, Philstar reported.

“We just want to rule out any doubts in the public mind that the results have been manipulated,” she said in a statement. “While we recognize that people tend to bet in patterns, we also want to make sure the system is secure, free from glitches, and trustworthy.”

Speaking at a press conference, PCSO general manager Melquiades A. Robles said the office was open to an investigation but that it “found nothing wrong” in the draw, describing it as a “natural occurrence” that so many people bet on the winning combination.

In a statement posted on Facebook in Tagalog and English, Robles said many people won because they “care about the numbers that come out”.

“It is a playing habit of our players to take care of the number,” he said, meaning they regularly played the same numbers.

“Lottery is a game of chance, nothing is definite and it is uncontrollable,” he added. “To the 433 new Jackpot Winners, IT PAYS TO BE LOYAL!” 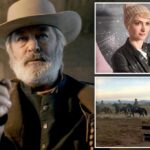 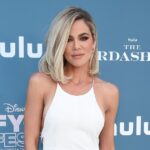