Philippine police killed three detained militants linked to the Islamic State group after they staged a jail rampage Sunday that saw a police officer stabbed and a former opposition senator briefly held hostage in a failed escape attempt from the maximum-security facility in the police headquarters in the capital, police said.

National police chief Gen. Rodolfo Azurin Jr. said former Sen. Leila de Lima was unhurt and taken to a hospital for a checkup following the brazen escape attempt and hostage-taking at the detention center for high-profile inmates at the main police camp in Metropolitan Manila.

One of the three inmates stabbed a police officer who was delivering breakfast after dawn in an open area, where inmates can exercise outdoors. A police officer in a sentry tower fired warning shots, and then shot and killed two of the prisoners, including Abu Sayyaf commander Idang Susukan, when they refused to yield, police said.

The third inmate ran to de Lima’s cell and briefly held her hostage, but he was also gunned down by police commandos, Azurin said.

“She’s safe. We were able to quickly resolve the incident inside the custodial center,” Azurin told reporters and justified police action to shoot the inmates. “Sen. De Lima was already being held hostage so should we let that very critical situation drag on?”

Susukan, who had been blamed for dozens of killings and beheadings of hostages, including foreign tourists, and other terrorist attacks was arrested two years ago in southern Davao city.

The other two inmates, Arnel Cabintoy and Feliciano Sulayao Jr., were suspected members of the Dawlah Islamiyah, a Muslim militant group that has been linked to bombings and other deadly attacks in the country’s south. They were arrested in 2019 in suburban Quezon city in the capital region, and were facing non-bailable charges like Susukan, police officials said.

Many militants belonging to Abu Sayyaf, which the United States and the Philippines have blacklisted as a terrorist organization, and the Dawlah Islamiyah have aligned themselves with the Islamic State group.

The police officer who was stabbed with an improvised knife was in serious condition at a hospital, Azurin said. Another inmate was injured in the rampage, police said.

Interior Secretary Benhur Abalos said the three slain inmates staged the rampage in an attempt to escape and did not specifically target de Lima.

After the two militants were shot and killed, the third inmate ran to de Lima’s cell and took her hostage, blindfolding her and aiming a blunt object at her chest. The inmate demanded a helicopter for him to escape during a brief negotiation and later asked for water, giving a police officer a chance to shoot him while handing him water, Abalos said.

De Lima told opposition Sen. Risa Hontiveros, who visited her, that she feared she would be killed during the incident. “Why would I die now when I may get freed soon?” Hontiveros quoted de Lima as telling her. “And something inside her told her to stay still.”

De Lima has been detained since 2017 and has been facing a trial for drug charges she says were fabricated by former President Rodrigo Duterte and his officials in an attempt to muzzle her criticism of his deadly crackdown on illegal drugs, which has left thousands of mostly petty suspects dead and sparked an International Criminal Court investigation as a possible crime against humanity.

She has been cleared in one of three cases, and at least two witnesses have withdrawn their testimonies against her, her aides say.

Duterte, who has insisted on de Lima’s guilt, stepped down from office on June 30 at the end of his turbulent six-year term and was succeeded by Ferdinand Marcos Jr., the son of a former dictator who was ousted in a 1986 pro-democracy uprising.

Abalos visited de Lima and relayed an offer by the president for her to be transferred to another detention site but she rejected the offer, Abalos said, adding that steps would be taken to prevent such incidents from occurring again.

In 2005, detained Abu Sayyaf Muslim militants led a siege of a maximum-security jail in another Metro-Manila police camp where special forces were based in another botched escape attempt. Police launched a major assault with tear-gas canisters and assault rifles after the militants refused to surrender, killing 22 inmates, including top Abu Sayyaf commanders.

In a court-authorized interview with The Associated Press in the jail compound in March, de Lima appeared undaunted by her yearslong detention in the old facility, which is ringed by a maze of high concrete walls and topped by rusty barbed wire and sentry towers. Jail guards armed with assault rifles constantly roamed and kept watch.

“I’m a fighter,” the bespectacled former human rights commission chief and justice secretary told an AP journalist then. “It’s tough, but I can manage.” 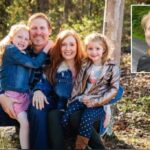 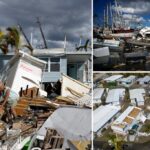