Fox 29 filmed a group of officers guarding a Karco gas station while wearing military-style clothing — including Kevlar bulletproof vests — while toting shotguns and even assault rifles.

The security firm’s ex-cop leader insisted online that the terrifying arsenal was needed because the City of Brotherly Love is fast earning an ominous new nickname — becoming the new “wild wild West” of “Killadelphia.”

Gas station owner Neil Patel told Fox 29 that he turned to the armed agents from the agency S.I.T.E. amid the worst spate of crime in his 20 years there — including a gang ripping out and carting away his ATM.

“We are tired of this nonsense — robbery, drug trafficking” and gangs “hanging around,” he told the local outlet.

“I am fearful for my employees, as well as my nice neighborhood [and] all the customers,” he said, saying criminals were “forcing us to hire the security.”

“We wear Kevlar, we are trained — my guards go to training every other week,” he insisted, saying they were all “proficient” in using the assault rifles and Tasers.

“As a Pennsylvania state agent, the law tells us that we have a right to protect this property by any means necessary and with whatever force necessary,” he stressed.

“If I have to use force, I will use force,” Boyer told Fox News, saying that you “have to fight fire with fire sometimes.”

Some Karco customers told the local outlet that they were terrified by the show of firepower.

“Guns like this would be on the battlefield,” customer Robert Murray complained.

Others, however, said they support the owner — who said the violent crimes plaguing his business stopped as soon as the armed security arrived.

Viewers also showed they were clearly in favor — with a poll skyrocketing during the initial airing of the story, ending with 80% of respondents saying the show of force would make them feel safer. 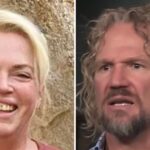 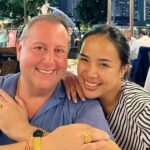