WASHINGTON – The truth is still out there.

While no recent alien sightings by service members were confirmed to be extraterrestrial life in the latest government report out this week, Congress is requiring the Pentagon to look into its UFO files dating back to the end of World War II.

The Office of the Director of National Intelligence reviewed 366 newly identified military sightings of “unidentified aerial phenomena” – Pentagon jargon for UFOs. Of those, 26 were found to be drones, 163 were “balloon or ballon-like entities” and six were “attributed to clutter” in the air.

The ODNI will further investigate the 171 “unremarkable” reports that “demonstrated unusual flight characteristics or performance capabilities,” most of which were recorded by Navy and Air Force pilots.

But more UFO information is expected after a provision slipped inside the 2023 National Defense Authorization Act, signed into law by President Biden last month, requires a joint Defense Department-ODNI office to begin investigating all reports dating back to 1945.

The law requires the office to produce “a written report detailing the historical record of the United States government relating to” UFOs dating back to Jan. 1, 1945, according to the law. The deadline for the report to be submitted to Congress is June 2024.

The start date is significant. In August 1945, a large, avocado-shaped object reportedly struck a communications tower at the New Mexico desert location known as the Trinity Site, where the US had detonated the world’s first atomic bomb the previous month.

Known as “Roswell before Roswell,” the strange incident happened two years before a top-secret military balloon crashed in the desert near the New Mexico town, prompting decades of speculation over what the military might know about extraterrestrial life.

New interest was sparked in the 1945 incident after the 2021 release of a book by Jacques Vallée, a former contractor for the government’s UFO office, and Paola Harris, an Italian UFO journalist.

In “Trinity: the Best-Kept Secret,” the two recount the event based on the testimony of three witnesses: a B-52 bomber pilot and two young sons of a farmer who owned the land where the crash is alleged to have occurred.

The pilot, Lt. Col. William Brothy, reportedly saw the communications tower bent by a great force with a large “egg-shaped” object laying nearby, according to the book. The children, identified as Jose Padilla, 9, and Reme Baca, 7, claimed to have seen strange creatures inside the object.

The report due next year will also include “a compilation and itemization of the key historical record of the involvement of the intelligence community with unidentified anomalous phenomena” such as previously secret programs that have not been “clearly reported to Congress” and efforts to identify and track UFOs.

The report also must identify historical UFO cover-up attempts, including any efforts “to obfuscate, manipulate public opinion, hide or otherwise provide incorrect” information, according to the law.

In the process, the office will study intelligence community records and documents, oral history interviews, open source analysis, interviews with current and former government officials and “classified and unclassified national archives” including those obtained by third-parties.

Rep. Mike Gallagher (R-Wis.) introduced the amendment to the NDAA, which sets Defense Department policy and spending priorities for each fiscal year. He leads the newly established House select committee on China and is a member of the Armed Serves Committee and has been an advocate of finding the truth behind UFOs.

During a May House Intelligence Committee hearing, Gallagher asked Defense Under Secretary for Intelligence and Security Ronald Moultrie whether there were other Pentagon initiatives to study UFOs before the advent of Project Blue Book, which ran from 1952 to 1969.

“I can’t speak to what may have predated Project Blue Book. I mean, of course, there’s Roswell and all these other things that people have talked about over the years,” Moultrie responded. “I’m familiar with Blue Book … I haven’t seen other documented studies that have been done by DOD in that regard.”

The report will be submitted in addition to the already-established requirement for the ODNI to provide Congress with annual reports of new military sightings each year. 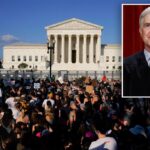 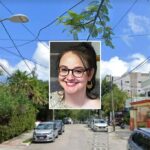