At least two people were shot at a Pennsylvania amusement park on Saturday night, sparking a panic that sent terrified park goers running for their lives, police and reports said.

Shots reportedly rang out at Kennywood Park in West Mifflin, just outside of Pittsburgh.

The Pittsburgh Bureau of Police said that it was responding to the scene to assist the West Mifflin Police Department on a “report of shots fired” at the park.

It’s not clear how many people were injured, however police sources told WTAE-TV that two people were shot. Their conditions are unknown.

The West Mifflin Police Department released an advisory asking people to avoid the area due to “an increased emergency services presence.”

Thrill-seekers had filled the park for the first of Kennywood’s Fall Festival nights, which are held each Saturday before Halloween and keep the park open until 11 p.m., according to the park’s website.

An employee told WPXI that he didn’t realize that the bangs he had heard were gunshots until everyone began panicking.

“I didn’t know where people were running, and next thing you know everyone is hiding and there’s just cops everywhere and everyone is in, like, a chaos,” the unnamed employee said. “And by the time I realized what was going on it already happened.

“Luckily I didn’t see anything or witness any violence but I witnessed people panicking and running. It was kind of scary,” he added.

A spokesperson for the park told The Post that all guests had exited the park shortly after midnight.

“We are aware of a situation that occurred this evening and are working with local law enforcement,” the spokesperson said. “The safety of our guests and Team Members are our top priority. Members of the park’s security, Allegheny County, and West Mifflin police departments were already on site and immediately responded.” 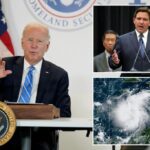 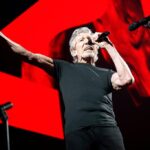