Pence made the comments in an interview with NBC’s Chuck Todd that was recorded Thursday, before Attorney General Merrick Garland announced the appointment of a special counsel to handle federal investigations into the 76-year-old former president.

The former veep told Todd that he doesn’t believe Trump is above the law but the DOJ should be careful before taking “additional steps.”

“Chuck, no one is above the law. But I would hope the Justice Department would give careful consideration before they take any additional steps in this matter,” Pence said.

Pence also argued that “this is really a time when our country ought to be healing,” and he railed against the DOJ’s Mar-a-Lago raid in search of White House documents and FBI agents “advancing political agendas” during the Trump presidency.

“Frankly, the Justice Department’s actions have been exposed from during our administration where FBI agents were advancing political agendas, falsifying records, using what came to be — found out to be opposition research paid for by the Clinton campaign and the Democratic Party, the so-call ‘dossier,’” Pence said.

In a brief statement on Friday, Garland announced that he has tapped veteran prosecutor Jack Smith as special counsel to determine whether Trump will face federal charges in connection with his attempts to reverse the 2020 presidential election or his retention of sensitive government documents at his Mar-a-Lago estate in Florida.

Smith has spent the past four years in The Hague as a war crimes prosecutor.

“The Department of Justice has long recognized that in certain extraordinary cases it is in the public interest to appoint a special prosecutor to independently manage an investigation and prosecution,” Garland said in a brief afternoon statement.

“Based on recent developments, including the former president’s announcement that he is a candidate for president in the next election and the sitting president’s stated intent to be a candidate as well, I have concluded that it is in the public interest to appoint a special counsel,” Garland added.

Pence’s full interview with Todd will air Sunday on “Meet the Press.”

The former vice president said in an interview with ABC News earlier this week that he’s giving “prayerful consideration” to launching a 2024 White House bid, adding that he believes Americans will have “better choices” than Trump in 2024. 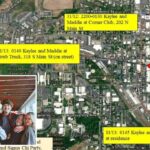 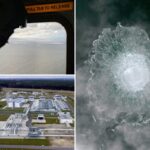