House Speaker Nancy Pelosi has turned off the charm as polls show Republicans are all but certain to regain control of the House of Representatives in the Nov. 8 midterm elections.

“I cannot believe anybody would vote for these people,” the California Democrat told the New York Times in an interview published Monday, before claiming the GOP campaign was driven by “endless lying and endless money.”

Pelosi, 82, made the comment during a fundraising blitz across the Midwest in a last-ditch effort to ward off an expected Republican onslaught at the ballot box.

As of Tuesday, Republicans had a three-percentage-point lead on the generic congressional ballot, according to an average of polls published by RealClearPolitics.

In a Monday forecast, FiveThirtyEight gave Republicans an 80% chance of taking control of the House.

Republicans need to win a net of just five House seats to win the 218 necessary for a majority.

“I don’t count sheep at night; I count districts,” Pelosi told the paper. “I go one by one by one.”

The speaker, who has reportedly raised $1.25 billion for the party since 2002, said this year’s contests had added significance, despite the historical trend that the party holding the White House almost always loses ground in the midterm elections.

“The urgency of saving our democracy is real,” Pelosi said, despite claiming that she hated to be a “fearmonger.”

Democrats had held their own in polling through the summer, as concerns about abortion rights moved to the forefront following the Supreme Court’s reversal of Roe v. Wade in June.

However, recent surveys have indicated voters are more worried about the state of the economy as four-decade-high inflation persists.

However, Democrats have doubled down on abortion rights, with Pelosi telling an audience at an Illinois hospital that the issue “is not in the rearview mirror.”

“What right does a judge or a member of Congress have to come to the kitchen table of America’s families and weigh in on size and timing of the family?” she asked, according to the Times.

“Your right to choose is on the ballot,” Pelosi added. “If women vote, women will win.” 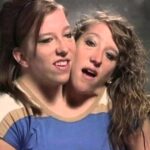