In New York City Wednesday, House Speaker Nancy Pelosi said President Biden must do a better job of securing the southern border and acknowledged it’s “unfair to unload people on to a community” amid the migrant crush affecting the Big Apple.

“What we must do in our country is to have comprehensive immigration reform. We all know that we must secure our border, that’s our responsibility as a country,” Pelosi said while visiting a Forest Hills senior center with Queens Rep. Grace Meng early Wednesday.

“We also must respect those seeking asylum for appropriate reasons. But we also must understand the impact on communities.”

Pelosi told reporters that she expected to get an earful from New York City Mayor Eric Adams during a private meeting later Wednesday.

“I will see the mayor later today and I know he’ll be asking about it” — a clear indication that she — along with President Biden — is feeling pressure from Democratic mayors of besieged cities to restore order at the border and address the migrant crisis.

The 82-year-old House speaker also seemed to acknowledge that the stream of migrants flowing across the southern border is a never-before-seen problem, unique to the Biden administration.

“It’s a new phenomenon. The answer to almost every problem is to have comprehensive immigration reform. We can’t get that under the present set of circumstances. Short of that though, we’ll have to address the issue,” Pelosi said.

Adams declared an emergency on Friday and predicted it would cost $1 billion to house and provide social services for the now-18,600 recent arrivals from the southern border.

Meanwhile, the city’s shelter system is bursting at the seams amid the surge of migrants. The Department of Homeless Services’ tally hit a new record of 62,174 people living in city shelters on Monday.

More than 5,500 migrants have enrolled in the city’s public school system — overwhelming some schools that have an inadequate number of bilingual instructors to teach the Spanish-speaking kids coming from Venezuela and other Central American countries.

Gov. Kathy Hochul, a Democrat running for re-election to retain her seat, also expressed exasperation Wednesday at the White House’s lack of responsiveness.

“We really are looking for a federal response to this – to take ownership of a crisis and we’ll be there to help but this belongs to the federal government,” Hochul, a self-described “Biden Democrat,” told reporters in Manhattan.

Pelosi, who participated in a roundtable discussion with Meng on the Inflation Reduction Act, said the “most important thing” officials can do is allow the migrants to obtain a work permit, which would relieve the burden on localities’ social safety net.

She criticized the “highly controversial action” that elected officials from border states have taken to just put migrants “on the bus and send then some place.”

“It’s unfair to unload people on to a community. It must be addressed,” the House Speaker said.

She did not mention officials by name but Texas Gov. Gregg Abbott and Florida Gov. Ron DeSantis — both Republicans running for re-election — have bused migrants to New York City, along with the Democratic mayors in border cities, including El Paso Mayor Oscar Leeser.

“It’s a new phenomenon. The answer to almost every problem is to have comprehensive immigration reform. We can’t get that under the present set of circumstances. Short of that though, we’ll have to address the issue,” Pelosi, who represents San Francisco said.

Asked if the feds would cough up more federal funds to help the Big Apple absorb the massive influx of migrants, Pelosi claimed she would need some Republican votes to do so. 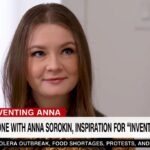 Anna Sorokin says she ‘deserves second chance’ to stay in US 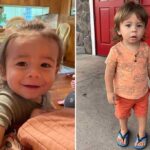