PayPal issued then retracted a policy to fine users $2,500 for “misinformation” after a flurry of criticism erupted on social media, including from Elon Musk and another one of the company’s former leaders.

The penalties posted on PayPal’s website would have been issued to users who “promote misinformation” or “present a risk to user safety or wellbeing,” according to the Daily Wire, which first reported the change on Friday.

The new policy was set to go into effect on Nov. 3, according to the report. But a company rep said the change was published “in error,” Yahoo News reported.

“An AUP notice recently went out in error that included incorrect information,” the statement said.

“PayPal is not fining people for misinformation and this language was never intended to be inserted in our policy.”

At least two of the company’s former leaders — including founder Elon Musk — had taken the proposal from the famously woke corporation seriously, and pushed back on Twitter.

“It’s hard for me to openly criticize a company I used to love and gave so much to,” tweeted former company president David Marcus. “PayPal ’s new AUP goes against everything I believe in. A private company now gets to decide to take your money if you say something they disagree with. Insanity.”

“Agreed,” Musk commented in the replies.

PayPal has banned users who espouse views it says “that promote hate, violence, or discriminatory intolerance.”

Earlier this month, the company banned a group called “Gays Against Groomers,” which LGBT advocates have labeled a “hate group.” 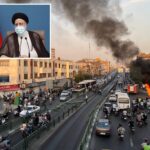 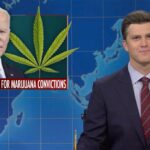