Paul Ryan said he does not believe former president Donald Trump would be the GOP’s 2024 nominee for president.

The one-time Republican House speaker — who has had an acrimonious relationship with Trump — offered a blistering assessment Thursday during an interview with Teneo, a D.C. consulting shop where he serves as a vice-chairman.

“We all know he will lose, or let me put it this way: we all know he’s much more likely to lose the White House than anybody else running for president on our side of the aisle. So why would we want to go with that?” Ryan said.

“He’s going to try to intimidate people out of the race as long as he can,” Ryan continued. “Whether he runs or not, I don’t really know if it matters … He’s not going to be the nominee, I don’t think.”

Ryan said there was a general fear among potential challengers with nobody looking to be the first to jump into a contest with Trump. But for many prospective candidates, 2024 is do or die, he added.

“There’s a handful of people that are going to run, because it’s the only cycle they can run in. They can’t wait until 2028,” he said. “They’ve got to go now, if they’re ever going to go. And they don’t want to die without ever trying.” 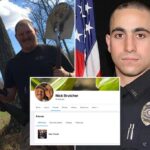