“With Trump we lose, with somebody else we’re going to win,” Ryan said in an interview with Fox News, explaining that the evidence supports his claim.

“We lost the House in ‘18. We lost the presidency and the Senate in ’20. We didn’t get the Senate [in the 2022 midterm elections], and we got a small majority in the House, largely because of Trump,” Ryan said.

The 76-year-old Trump announced the launch of his 2024 presidential campaign from his Mar-a-Lago estate on Tuesday night. His pitch to voters was widely panned by Republicans and Democrats alike.

Ryan, who worked with Trump as House speaker until calling it quits in 2018 and not seeking re-election, reiterated his belief that Trump is a drag on the GOP, and that it’s time to seek out a new standard-bearer for the party.

“There are other factors, but I think the main takeaway here is the evidence is crystal clear. Trump is costing us elections, and we know that there’s a great generation of capable conservatives who are more capable of winning the general election than Donald Trump. And I think one of those people will be our nominee and probably win the White House,” Ryan said.

The Wisconsin native called Trump nemesis Gov. Ron DeSantis (R-Fla.) a “great candidate,” but ultimately he said believes anyone the party nominates in 2024 can beat 79-year-old Biden, except for Trump.

“I think it’s early to say, but I think we’ve got a lot of good people and I think Ron is one of them. I think DeSantis is a great candidate and I think there are other great candidates that are going to enter this race,” Ryan said, adding, “I think anybody not named Trump can beat Biden.”

It’s not the first time Ryan has slammed Trump.

Earlier this month, the former House speaker said Trump gives the GOP “problems” and he called him a “drag on our ticket” after the much-predicted red wave failed to materialize in this year’s midterm elections.

“I think we’re going to have to do a lot of soul-searching and head-scratching, looking through and parsing the numbers as to why we didn’t perform as well as we would have liked to,” Ryan told Wisconsin TV station WISN.

“I think Trump’s kind of a drag on our ticket,” Ryan added.

“I think Donald Trump gives us problems, politically. We lost the House, the Senate and the White House in two years when Trump was on the ballot, or in office,” he went on. “I think we just have some Trump hangover. I think he’s a drag on our office, on our races.”

Ryan also told Fox News on Wednesday that he doesn’t think Rep. Kevin McCarthy will have any trouble getting the 218 votes necessary in the full House in January to become speaker.

“I think he’s going to win. I think Kevin’s the right man for the job. I think everybody knows it,” Ryan said. “And I have every reason to expect that he will become speaker of the House.” 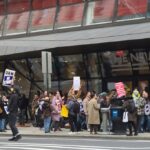 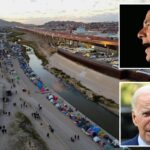