​The man who allegedly attacked Paul Pelosi with a hammer has been “mentally ill for a long time​,” his former partner said in a new interview.

Oxane Taub, who goes by the name “Gypsy” and ​is a noted activist for public nudity in the Bay Area, said she has known accused maniac David DePape for more than 20 years and is the mother of his children. ​​

“He is mentally ill. He has been mentally ill for a long time,” ​Taub told ABC7 in a call from the California Institution for Women, where she is serving time after being convicted last year of abducting a 14-year-old boy near his Berkeley high school.

Taub said DePape — with whom she raised their two sons and her daughter until he left about seven years ago — began getting entangled in conspiracy theories in recent months.

She described DePape, 42, as “in very bad shape” when he returned home after missing for a year.

​”He thought he was Jesus,” Taub told the station. “He was constantly paranoid, thinking people were after him. And it took a good year or two to get back to, you know, being halfway normal.”​

Taub was asked whether her ex ever showed aggressiveness toward politicians or held extreme political beliefs. ​

“Well when I met him, he was only 20 years old, and he didn’t have any experience in politics, and he was very much in alignment with my views and I’ve always been very progressive​,” she said. ​

Taub told the news outlet that she “absolutely” admires House Speaker Nancy Pelosi and ​said she extends her “deepest apology” to the California Democrat and her husband “for the terrible tragic thing that happened.”

DePape faces attempted murder and other charges after he allegedly broke into the couple’s San Francisco home on Friday and attacked 82-year-old Paul Pelosi with a hammer.

After breaking into the home, DePape reportedly shouted “Where’s Nancy?” before trying to tie up her husband, saying they were going to wait “until Nancy got home.”

The speaker at the time was in Washington, DC.

Nancy Pelosi said her family is “heartbroken and traumatized” over the attack on her husband, whose skull was fractured.

“Yesterday morning, a violent man broke into our family home, demanded to confront me and brutally attacked my husband Paul,” she wrote in a letter to her congressional colleagues on Saturday. “Our children, our grandchildren and I are heartbroken and traumatized by the life-threatening attack on our Pop.” 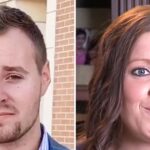 Jed Duggar on Family Support for Anna Amid Josh’s Imprisonment 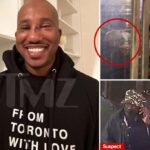