Paul Pelosi managed to call 911 and alert the dispatcher to his dire situation without his eventual attacker even knowing.

Pelosi, the husband of House Speaker Nancy Pelosi, discreetly called the emergency line when a hammer-wielding maniac broke into his San Francisco home at 2 a.m. Friday.

The alleged attacker, David DePape, didn’t realize Pelosi had dialed his phone or understand that Pelosi was speaking in code.

“What’s going on? Why are you here? What are you going to do to me?” Pelosi allegedly said in order to alert 911 to the emergency without tipping off DePape to the call, according to CNN.

The dispatcher, Heather Grimes, had sensed something was wrong with the situation and ordered officials to conduct an expedited wellness check on the home.

“It is really thanks to Mr. Pelosi having the ability to be able to make that call, and truly the attention and the instincts of that dispatcher to realize that something was wrong in that situation and to make the police call a priority so they got there within two minutes to respond to this situation,” San Francisco District Attorney Brooke Jenkins told CNN.

San Francisco Police Chief William Scott reiterated the dispatcher’s “good instincts” during a Friday press conference, praising her for reading “between the lines.”

As officers arrived at the scene, Pelosi, 82, attempted to grab the hammer out of DePape’s hands. DePape allegedly hit Pelosi over the head with the weapon in the scuffle that was caught on police bodycam.

Pelosi was rushed into surgery to repair a skull fracture and serious injuries to his right arm and hands. Doctors expect him to fully recover.

DePape was reportedly searching for House Speaker Nancy Pelosi during the break-in, shouting “Where’s Nancy?” before allegedly unleashing the violent attack. The House Speaker was in Washington with her protective detail at the time.

DePape was due to be charged with attempted murder, assault with a deadly weapon, elder abuse, burglary and “several other additional felonies,” police said. 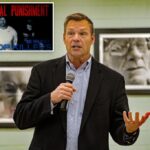 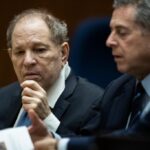