Nancy Pelosi’s husband Paul was released from the hospital Thursday, six days after a maniac broke into his home and struck him in the head with a hammer.

“The Pelosi family is thankful for the beautiful outpouring of love, support and prayers from around the world,” Nancy Pelosi said in a statement.

“Paul is grateful to the 911 operator, emergency responders, trauma care team, ICU staff, and the entire ZSFGH medical staff for their excellent and compassionate life-saving treatment he received after the violent assault in our home.”

Earlier in the day, the speaker had visited the hospital but only stayed for 20 minutes. She then returned home with her security entourage followed by a white people carrier which was carrying her husband, an eyewitness told The Post.

David DePape, 42, was busted after he allegedly broke into the San Francisco home to look for the Democratic Speaker. He then allegedly attacked her husband, who suffered a skull fracture and immediately underwent surgery.

Paul Pelosi is expected to make a full recovery.

“Paul remains under doctors’ care as he continues to progress on a long recovery process and convalescence,” Speaker Pelosi said. “He is now home surrounded by his family who request privacy.”

DePape pleaded not guilty to 10 different state charges Tuesday — after already being slapped with federal charges that carry a prison sentence of 50 years.

DePape used the hammer to break a glass door at the home, cops said. The conspiracy theorist then shouted, “Where’s Nancy?”

The California politician was not home at the time. DePape then attacked her husband.

The Pelosi family has said little since the attack, mostly thanking people for their support and providing brief updates on their patriarch’s health.

DePape is currently locked up in San Francisco jail without bail after spending time in the hospital himself.

He was on a “suicide mission” that targeted “several prominent state and federal politicians,” according to the San Francisco District Attorney Brooke Jenkins.

DePape was federally charged Monday with attempted kidnapping and assault with intent to retaliate against a federal official by threatening or injuring a family member.

“I’m sick of the insane f—ing level of lies coming out of Washington, DC. I came here to have a little chat with his wife,” he said, according to a court motion filed by the San Francisco District Attorney and obtained by The Post.

The Capitol Police, based in Washington, DC, along with the FBI have been involved in the investigation into DePape’s alleged attack.

Live cameras outside House Speaker Pelosi’s home caught the break-in — but Capitol Police cops were reportedly not watching the feeds when her husband was brutally assaulted, according to the Washington Post.

Rep. Pelosi has a 24-hour security detail that travels with her, so it was not present at her home when just her husband was there. 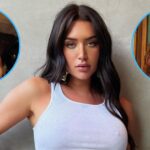 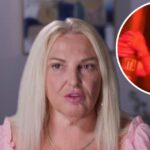