The man accused of viciously attacking House Speaker Nancy Pelosi’s husband in what police called a “politically motivated” ambush at their San Francisco home is set to be arraigned on Tuesday.

David DePape, 42, was slammed with federal and local charges Monday in the Friday morning attack in which he broke into the Pelosis’ Pacific Heights mansion and fractured Paul Pelosi’s skull with a hammer.

Federal prosecutors charged DePape with attempted kidnapping and assault with intent to retaliate against a federal official by threatening or injuring a family member. If convicted of the charges, he faces up to 50 years in prison.

DePape, a longtime conspiracy theorist with what one acquaintance described as a “deep antipathy towards liberals,” allegedly broke into the home armed with zip ties and ropes and yelled “Where is Nancy?.” Nancy Pelosi, 82, was in Washington, D.C. with her security detail at the time.

“DePape was prepared to detain and injure Speaker Pelosi when he entered the Pelosi residence in the early morning of October 28, 2022,” the affidavit read. “DePape had zip ties, tape, rope, and at least one hammer with him that morning.

DePape reportedly told authorities that he wanted to break Nancy Pelosi’s kneecaps, “which would show other Members of Congress there were consequences to actions.”

In addition to the federal charges, DePape was charged with attempted murder, assault with a deadly weapon, elder abuse, false imprisonment of an elder, residential burglary, and threats to a public official and their family by the San Francisco District Attorney’s Office.

Paul Pelosi, also 82, remains hospitalized following surgery for a fractured skull sustained in the attack. Nancy Pelosi spent several hours at her husband’s side over the weekend before being spotted at the couple’s home with her security team.

“They are rebuilding him slowly,” their son, Paul Pelosi, Jr., told reporters on Sunday evening of his father’s condition. It is unclear how many times Pelosi was hit with the hammer.

Updates on Pelosi’s condition came as a disturbing portrait of the attacker emerges. Born in Canada, DePape was allegedly living in the U.S. on an overstayed Visa. One former friend, Linda Schneider, said that he “fried his brain” by doing “a significant amount of drugs” with his former partner, activist Gypsy Taub, who is now incarcerated.

“That also makes sense to me why he would be on the computer and was being swayed by, you know, political or extremists messages,” Schneider reasoned. “[He] was afraid to communicate with people and his only kind of mode of being in the world was via computer.”

A series of rambling blog posts and social media accounts DePape used to disseminate his offbeat, often racist views were taken down over the weekend. A search of the Richmond garage where he had been living for two years also turned up two hammers and a sword, as well as IRS letters, credit cards, and DMV paperwork.

“As leaders and as citizens it is incumbent upon us all to watch the words that we say and to turn down the volume of our political rhetoric,” she said at a press conference. “Violence certainly has no place in San Francisco or in politics.” 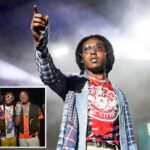 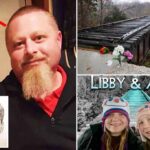