A California man was convicted Tuesday for the murder of Kristin Smart, the Polytechnic State University student who disappeared 26 years ago – but his father was acquitted of charges he helped cover-up the crime.

Paul Flores, now 45, was found guilty of first-degree murder in the high-profile case that garnered national attention but remained unsolved for decades.

Flores’ dad, Ruben Flores, 81, was acquitted by a separate jury on accessory charges for allegedly helping his son cover up the killing and burying Smart’s body — which has still never been found.

Paul Flores was long a suspect in the case and the last person known to have seen Smart alive on Memorial Day weekend 1996, when he walked home the 19-year-old Cal Poly freshman from an alcohol-fueled off-campus party.

Prosecutors said he tried to rape her and killed her, possibly in his dorm room, on the night of May 25, 1996 when they were both freshman at the school.

The younger Flores had a black eye when investigators interviewed him and he said he got playing pickup basketball, according to court records.

He later said he bumped his head working on his car after his friends threw water on his story about the basketball game, according to court records.

Paul Flores’ attorney Robert Sanger had said someone else killed Smart, and noted during the trial that Scott Peterson was also a student at the school the time of the murder. Peterson was later convicted of killing his pregnant wife and unborn child in another case that gained national attention.

Flores also blasted forensic evidence in the trial and called it junk science.

“This case was not prosecuted for all these years because there’s no evidence,” Sanger said. “It’s sad Kristin Smart disappeared, and she may have gone out on her own, but who knows?”

Reuben Flores was accused of having buried Smart in his yard in Arroyo Grande, a little more than 10 miles from Cal Poly. Investigators found soil disturbed under the elder Flores’ deck and the presence of blood, but couldn’t link it to Smart through DNA testing.

Smart’s mother and sister cried “for several minutes” while her father and brother appeared “relieved” after Paul Flores’ verdict was read in court, KSBY-TV reported.

Neither Paul nor Reuben Flores visibly reacted as their verdicts were read separately, according to the station.

The trial was held in Salinas because of requests to hold it out of jurisdiction to receive a fair trial based on high profile nature of case. The proceedings got underway in July, with dozens of witnesses taking the stand, according to KSBY.

Jurors in the murder case had deliberated over the course of two weeks. Paul Flores faces 25 years to life when he’s sentenced on Dec. 9. 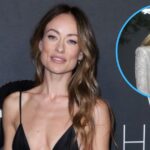 Braless Photos of the Actress 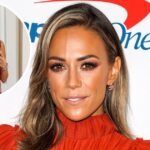