A motorist has been hit with a $680 fine and four demerit points after a roadside camera on the caught the front seat passenger carrying out a “high risk” act on the man behind the wheel.

A photo of the pair made waves on social media after being shared on the Facebook group “Phone and Seatbelt Detection Camera Locations Queensland”.

The Department of Transport and Main Roads (DTMR) said that the passenger’s behavior would have resulted in an infringement notice in relation to “passengers not wearing a seatbelt or wearing it incorrectly,” according to the Courier Mail.

Social media users were divided over what was actually going on in the photo, which was taken on the Pacific Motorway at Upper Coomera.

Some said they believed the person in the passenger seat was sleeping and not engaged in “high-risk behavior.”

Several others pointed out the four-figure fine was “hard to swallow”.

“Did someone fall asleep on your lap? Is that what your being fined for?” another wrote.

A DTMR spokesman said the passenger’s actions were “high-risk behaviour” that could cause a serious or fatal crash.

Fifty-four fatalities were attributed to the 17-to-25 age group. 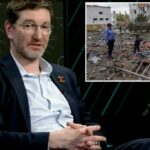 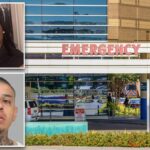