A pattern shift across the U.S. will create a more active storm track across the snow-starved Northeast through next week, highlighted by a winter storm that has its sights set on parts of the East Coast late this weekend and into early next week.

The preamble to the main event is impacting interior portions of the Northeast and New England on Friday, with snow or rain changing to snow as far south as Boston and possibly even Providence, Rhode Island.

A Winter Weather Advisory is typically issued when snow, sleet or freezing rain is expected to cause an inconvenience but not amount to enough to completely hinder travel.

With temperatures expected to remain above average for mid-January, any significant snowfall will be confined to northern New England, with a transition from rain to snow Friday for much of upstate New York and New England as colder air wraps around the backside of the departing storm system.

Cities such as Burlington in Vermont and Portland in Maine could pick up on the heavier snow, as well the higher elevations of the region.

Snow totals from the Adirondacks of New York through northern New England will be in the 5- to 8-inch range by Friday night or early Saturday.

Following a short break Saturday, the FOX Forecast Center said a developing area of low pressure will track out of the Plains and Midwest and move into the mid-Atlantic on Sunday.

Light snow will initially break out across the eastern Great Lakes, Pennsylvania and upstate New York. Snow will pick up in intensity Sunday night as the area of low pressure continues to intensify while sliding northward near the Jersey Shore.

Snowfall rates could approach 1 inch per hour. However, it is too early to pinpoint exactly where this band of heavier snow will set up, the FOX Forecast Center said.

Due to the expected storm track, the Interstate 95 corridor will be socked into a cold, steady rain while the snow remains confined to the interior Northeast away from the larger cities such as New York and Philadelphia.

“That area of low pressure, it’s just going to track a little too close to the coastline, meaning that the heavy snow is certainly going to be looking more and more interior northern New England as opposed that I-95 corridor,” FOX Weather meteorologist Kendall Smith said.

Where the heavy snow does set up, 6-plus inches of accumulation is possible. This snowfall will be much welcomed by the Northeast ski resorts, which have been largely lacking in snow so far this winter.

A messy Monday morning commute can be expected for much of the Northeast and New England due to the snow and rain. This includes populated areas such as Boston and New York City. Gusty winds will accompany the ongoing snow for the interior Northeast and the rain closer to the coast, only adding to the messy conditions.

The storm system will finally exit the region Monday night.

On the warmer side of the storm, widespread rain will move through the Southeast from Saturday night through Sunday, which could impact outdoor plans.

The FOX Forecast Center said Sunday will be a complete washout for millions in the region.

No severe weather is expected, and any thunderstorms are expected to be confined to near the Gulf Coast and North Florida.

The soaking rain will be extremely beneficial to the Florida Panhandle, southeastern Georgia and the coastal Carolinas, which have quietly seen their drought conditions worsen over the past two months. 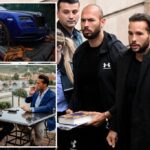 Andrew, Tristan Tate to remain in custody over sex-trafficking allegations 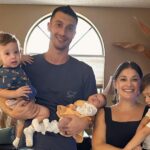