Enraged relatives of Parkland school shooter Nikolas Cruz’s victims railed at the killer during his sentencing Tuesday, with the grandmother of one slain student telling him to “burn in hell”.

“I’m too old to see you live out your life sentence, but I hope your every-breathing moment here on earth is miserable and you repent for your sins Nikolas and burn in hell,” said Theresa Robinovitz, whose granddaughter, student Alyssa Alhadeff, was mercilessly shot dead during the rampage.

“It is my hope that you go somewhere to meet your maker,” he told Cruz. “And Parkland murderer, I hope your maker sends you directly to hell to burn for the rest of your eternity.”

In a shock verdict earlier this month, a jury opted against sentencing Cruz to death for one of the worst mass killings in US history, and he will now face life in prison.

Florida juries have to unanimously agree to deliver a death sentence but in Cruz’s case some jurors felt “mitigating circumstances” — such as him being affected by fetal alcohol syndrome and having unaddressed mental health problems — were enough not to deliver the ultimate punishment.

Families of the victims ripped the verdict after it was delivered, saying they felt Cruz clearly deserved death for committing one of the most heinous mass killings in American history.

Several speakers reiterated their frustration Tuesday, with some glaring at Cruz’s legal team during the emotional proceeding.

Meghan Petty’s 14-year-old sister, Alaina, was gunned down during the carnage.

“This entire ordeal has pushed me to my emotional, physical and mental limits,” the sibling tearfully told the court Tuesday.

“It will continue to do so for the rest of my life. Even more so now that he has escaped being punished to the fullest extent of the law as I believe he should have been, knowing that he gets to live out the rest of his natural life. Something Alaina doesn’t get to do.”

Debra Hixon, the widow of athletic director Chris Hixon, sought to assure Cruz that her family would survive his crimes.

“You wanted to see the families suffer,” she told the court. “Well, no more. We will not just survive, we will thrive and we will honor Chris and the other 16 beautiful people that you took from us with positive actions and wonderful memories.”

Cruz’s sentencing will continue this afternoon with more victim impact statements and is expected to continue through Wednesday. 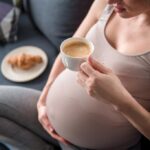 Coffee during pregnancy can make your kids shorter: study 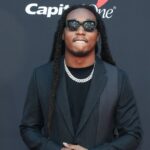