Parkland killer Nikolas Cruz analyzed the tactics used during prior mass shootings — including the 1999 Columbine massacre — years before killing 17 at Marjory Stoneman Douglas High School in 2018.

“I studied mass murderers and how they did it,” Cruz told a psychiatrist during a jailhouse interview.

Footage of the exchange was played Monday at Cruz’s sentencing trial in Florida, where jurors will decide if he faces the death penalty or gets life in prison.

Cruz told Dr. Charles Scott he examined videos and accounts of other deadly assaults and drew lessons from them before launching his own attack that left 14 students and 3 staffers dead.

He told Scott in the videotaped interview that he learned to watch for interference from bystanders coming from around corners and to keep a distance between himself and those he shot.

Cruz said he first considered a school rampage at age 13 or 14 — several years before committing the Parkland killings at age 19.

The fantasy would flare, Cruz told the psychiatrist, whenever he watched violent videos of war or documentaries on other mass killers.

“He learned about the weapons that they used,” Scott told lead prosecutor Mike Satz on the stand Monday.

“He learned about what may be called tactical kinds of moves.”

Cruz said he mapped out how long it might take for police to respond to the shooting once he began squeezing the trigger.

“My thinking is that if I do go to a school campus, police aren’t going to do anything and I have a small opportunity to shoot people for maybe 20 minutes,” Cruz said casually.

In addition to the Columbine attack, Cruz said he also analyzed the 2007 Virginia Tech massacre and the slaying of 12 at a movie theater in Aurora, Colorado in 2012.

Prosecutors argue that the premeditated and ruthless nature of Cruz’s assault warrants his execution.

Defense attorneys argued his turbulent upbringing mitigates his culpability and that a life sentence is sufficient.

The trial is likely to conclude this week. 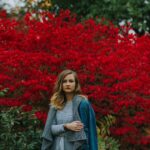 Accessories You Need To Elevate Your Fall Style 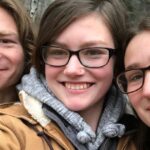