The parents of the 15-year-old Raleigh boy accused of fatally shooting their other teenage son and four others said they were “overcome with grief” and had no idea their son could senselessly kill others.

Alan and Elise Thompson acknowledged the suffering their son Austin Thompson brought on others when he allegedly fired a shotgun in a neighborhood northeast of the North Carolina city’s downtown and at a nearby walking trail.

“Our son Austin inflicted immeasurable pain on the Raleigh community, and we are overcome with grief for the innocent lives lost,” the grief-stricken parents said through a lawyer Tuesday.

They vowed to fully cooperate with authorities to help investigators understand the motive behind the heartbreaking attack that has not — at least publicly — been determined.

“There were never any indications or warning signs that Austin was capable of doing anything like this,” the parents’ statement said.

A Wake County prosecutor said her office will attempt to charge the suspect as an adult in the wake of the violent episode where 911 callers described seeing bodies on the streets or front yards of their neighborhood and on a popular trail, according to recordings released by law enforcement.

Two others were injured in the rampage.

Austin Thompson was taken into custody after he was on the run for several hours. He remains in the hospital in critical conditions.

Police have not said how the alleged killer was injured. 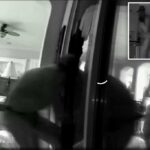 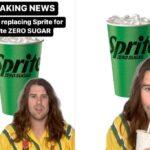