Two families who have lost children to suicide have filed a lawsuit against Amazon alleging that the e-commerce giant sells so-called “suicide kits” — in the form of a food preservative “as deadly as cyanide.”

The parents of Kristine Jónsson, 16, of Ohio, and Ethan McCarthy, 17, of West Virginia, argue that Amazon is partially responsible for the children’s deaths because of the sale of sodium nitrite, NPR reported.

The chemical is a food preservative that can cause breathing problems, abdominal pain and even death if ingested at high enough levels of purity.

“Amazon is selling a product that is as deadly as cyanide,” the families’ lawyers Carrie Goldberg and Naomi Leeds said in a statement, according to the news outlet.

“This is different from them selling rope, knives, or other implements that can be used for death because there is no household use for [sodium nitrite] at the level of purity (98-99%) it sells it,” the attorneys added.

The lawsuit, recently filed in California state court, also claims that Amazon recommended that customers also purchase a scale to measure dosages, as well as an anti-vomiting drug and the company’s edition of an assisted-suicide handbook.

Goldberg claimed that some sodium nitrite sold on the e-commerce site is of such a high purity that swallowing a single teaspoon will almost certainly kill a person, according to NPR.

An Amazon spokesperson told The Post in an email that the company extends “our deepest condolences” to the families.

“We are committed to a safe shopping experience and require our selling partners to follow all applicable laws and regulations when listing items in our store. Sodium nitrite is a legal and widely-available product offered by retailers to preserve foods, such as meats and fish, and for use in laboratories as a reagent,” the rep wrote.

“Sodium nitrite is not intended for consumption, and unfortunately, like many products, it can be misused,” the statement said.

The spokesperson also told The Post that Amazon customers who search for the word “suicide” are presented with a banner with a phone number for the National Suicide Prevention Hotline.

Earlier this year, the attorneys’ law firm — C.A. Goldberg, PLLC — filed a similar complaint in Washington state alleging that Amazon also sold the drug to two others who used it to commit suicide – Mikael Scott, 27, and Tyler Muhleman, 17.

Mikael’s mother, Ruth Scott of Schertz, Texas, who is also suing the company, told The New York Times earlier this year that she had reached out five times to inform Amazon, whose customer service representative wrote her back that her message would be passed along.

“I am sorry for your loss. But at least your son is now on our God’s hand,” said the email, which was reviewed by The Times.

Mikael killed himself in December 2020 after struggling with depression and buying the compound on Amazon, the newspaper reported.

Loudwolf, the company that produced the compound the teens in the California case bought on Amazon, did not respond to a request by NPR for comment.

Goldberg and Naomi Leeds told the outlet that Loudwolf’s sodium nitrite is no longer sold on the site.

The attorneys also pointed out that here is a little-known antidote to sodium nitrite — an injection of methylene blue – that had not been mentioned on the product listing for Loudwolf’s product. 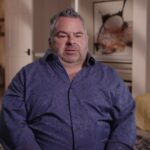 What He Does for Living 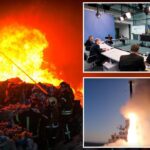