Awkward! Sister Wives star Paedon Brown revealed whether he would “fight” his father, Kody Brown, amid their feud and estrangement.

Paedon, 24, took to TikTok to participate in the video trend in which users filmed their response to the question, “Would you fight your dad if he banged your girlfriend?”

“Oh, no. No, I would not,” the Salt Lake City resident said in his clip on Wednesday, December 21. “That would actually be a pristine matchup. My dad, Kody, and my ex? Good luck to ya both. Have the most fun in the world.”

Paedon isn’t the only one of the Cooking With Just Christine star’s children to speak out about their father online. Earlier that day, his sister Gwendlyn, 21, admitted in a YouTube video that Kody isn’t “actively reaching out” to them. Not only that, but she even slammed his fourth — and now only — wife, Robyn Brown, after watching season 17, despite pointing out how the Brown kids “virtually” never watch the show.

“I do feel less about Robyn from watching this,” the newly engaged reality star confessed. “But I feel like that’s not very fair from me, ‘cause I really don’t like her as a person.”

The young adults’ social media commentary came right on the heels of their family drama, which Sister Wives fans watched unfold on the family’s hit reality TV series. Although Christine, 50, announced her and Kody’s split in November 2021, TLC viewers didn’t see her departure from the polygamous group play out until the season 17 premiere.

As fans recall, Christine accused her ex-husband of favoring Robyn, 44, over the other sister wives in the dramatic first episode.

“I think he has a favorite wife, and that’s why all of this is like it is,” the mom of six said during a confessional at the time. “And apparently, I’m not treating her well enough.”

In response, the My Sisterwife’s Closet founder claimed Christine’s opinion wasn’t a “new complaint that Kody favors [her].”

By the end of the season, Kody lost most of his spiritual marriages. On December 9, In Touch exclusively broke the news that his second wife, Janelle Brown, eventually “outgrew” the businessman, and they split. Less than one week later, a teaser for part 1 of the Sister Wives: One on One tell-all December 18 episode revealed that Kody ended his marriage with first wife Meri Brown.

During the first part of the explosive tell-all, Kody blamed Christine for stopping his reconciliation with the Lizzie’s Heritage Inn owner, 51, labeling the Utah resident as a “game player.”

“From the time [Christine and I] were married [there was] manipulation. Pouting. Temper tantrums. Just behavior things,” he alleged. “Some of the games that were happening, were things like when we moved to Flagstaff, Arizona, I was trying to reconcile with Meri. Meri gave me this really cool birthday present, and I’m in this place, telling Janelle, Christine and Robyn that I might reconcile with Meri. And Christine lost her s—t that day.” 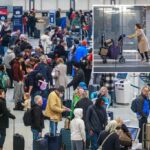 The best time to travel for Christmas to avoid winter storm cancellations, delays 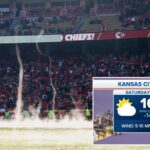