A violent dogfight broke out at a California beach last month — as 10 vicious poodles attacked a 13-year-old corgi and her owner, according to a report.

Kathrin Burleson was walking her corgi Emma on Trinidad State Beach with a friend on Oct. 29 when the pack of standard poodles jumped out of a nearby car and began sprinting towards them, according to the Mad River Union newspaper.

Burleson saw the dogs from about 50 feet away, and tried to pick up Emma, but her little dog was so scared she wiggled her way out of her harness.

The two were quickly plowed over by the crazed pack of poodles.

“Then they jumped us,” Burleson told the paper. “We were at the bottom of a pack of 10 snarling, biting dogs.”

“I thought Emma and I were going to be killed,” she said, noting she tried to shield the older dog, who is beloved throughout the community for working at a local hospital as a service animal.

As she tried to fend off the pack of poodles, Burleson felt her finger being bitten. She was stunned when she realized it was the owner of the poodles, who was allegedly biting her finger, the paper said.

“It was one of the most bizarre experiences of my life when I looked up and saw that it was a person who was biting me. I screamed to stop and he did,” Burleson told the paper. The other owner apparently later told her he thought he was biting one of his dogs.

Another woman, who was not identified, quickly became a hero when she pulled Emma out of the chaos.

“She became an angel at that moment,” Burleson said. “It was a miracle. As she lifted Emma up, the dogs were jumping and tearing at her flesh and fur.”

After the fight was broken up, Emma was rushed to Sunny Brae Animal Clinic in Arcata, where she was treated for severe wounds.

The bizarre incident was first reported on the Nextdoor social media website by a neighbor, Ted Pease.

“The lacerations and puncture wounds from the poodles’ attack are extensive and deep. Emma is still fighting for her life, and not out of the woods yet. We have photos of her injuries, but they are too awful to include here,” Pease wrote.

Emma is slowly recovering, Burleson told the newspaper. The corgi is well-known throughout the community as she worked as a service animal at Mad River Community Hospital before the pandemic.

This was not the first the poodles have attacked other dogs, according to Pease’s Nextdoor post.

“This is a warning to those who see a car crammed with fuzzy poodle faces,” Pease wrote. “They are cute, but can be very aggressive (and how humane is it to load eight or more dogs into such a small vehicle?). As Emma’s attack demonstrated, these dogs can be dangerous to other dogs, humans or, God forbid, children.” 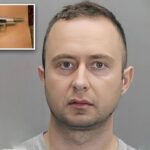 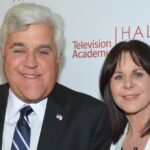