Oz leads Fetterman by one percentage point (47.6% to 46.6%) in a Susquehanna Polling and Research survey and has a two-point lead (48% to 46%) in an Emerson College poll taken after their Oct. 25 showdown in Harrisburg.

Fetterman, Pennsylvania’s lieutenant governor, often struggled to answer questions that he read off a closed caption monitor as he continues to experience auditory processing problems from a stroke he suffered in May.

The Susquehanna survey, conducted between Oct. 28 and Nov. 1, found that Oz had erased the five-percentage point advantage Fetterman had in August — but 4% of voters say they are still undecided.

However, more than three-quarters (76%) of respondents said they either watched or read about the debate, in an ominous sign for the Democrat’s campaign.

In the Emerson poll, in the field from Oct. 28 to Oct. 31, Oz has pulled out to a two-point advantage and has gained five percentage points since September.

As in the Susquehanna survey, a majority of voters (68%) said they were aware of the debate, with 44% saying it enhanced their opinion of Oz, 25% saying it worsened their view of the Republican, and 31% saying it made no difference.

At the same time, 50% of voters said the debate reduced their view of Fetterman, while 20% said it improved their opinion of him and 31% saying it didn’t change anything.

Oz’s lead in both polls fall within their respective margins of error. ​

Respondents to both surveys said the economy or inflation was their most important voting issue, with crime, abortion and threats to democracy lower on the list. ​

Two other polls, both also conducted after the debate, showed Fetterman maintaining his lead against Oz.

The proportion of voters in the Fox survey who worry that Fetterman is not healthy enough to be their senator rose to 39% after the debate from 34% in September and 23% in July.

But voters are also wary that Oz may not be familiar enough with their concerns because he lived so long in New Jersey.

The poll showed 44% are concerned about that issue, down from the 52% who said so in July.

A Suffolk University poll, taken between Oct. 27 to 30, shows that Fetterman’s lead over Oz has shrunk to two percentage points (47% to 45%). The lieutenant governor was sitting on a six-point lead in the September edition of the survey. 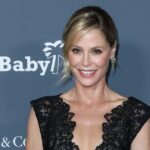 Julie Bowen Reflects on Sexuality, Was ‘in Love With a Woman’ 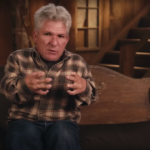 Matt Roloff Claps Back at a Fan ‘Greed’ Comment