The latest survey, released by Wick Insights Friday morning, showed Oz with 47.6% support, with Fetterman trailing on 45.9%. Another 3.6% said they’d vote for a third party candidate and 2.9% said they were still undecided.

When the undecided cohort were pressed to choose between Oz and Fetterman, 64.4% said they’d support Oz, while the remaining 35.6% opted for Fetterman.

The results echo an Insider Advantage poll taken the day after the debate. In that survey, Oz led Fetterman by 47.5% to 44.8%. Another 3.6% said they were undecided, 2.8% said they’d back Libertarian candidate Erik Gerhardt, and 1.3% said they’d vote for someone else.

The polls are the first two surveys in which Oz has led since winning a hard-fought Republican primary on May 17.

The polls are also the first two to go into the field after the Tuesday debate in which Fetterman, who suffered a stroke in May, stumbled over his words and struggled to give coherent responses.

The Democrat continues to suffer auditory processing issues from his stroke and had to use closed captioning monitors to follow both the moderator questions and Oz’s remarks.

For example, when asked if he felt the Biden administration has “overspent” and what he would cut from the federal budget, Fetterman stumbled through his response.

“Here’s what I think we have to fight about inflation, here, right now. That’s we need to fight about: inflation right now,” he said, before calling price hikes a “tax” on the working class.

In another oft-replayed incident, Fetterman briefly went silent when asked to explain his changing stances on fracking.

While both surveys showed Oz ahead in the Senate race, the polls also indicated that Democrat Josh Shapiro had a comfortable lead ahead of the gubernatorial election.

The Wick Insights survey had Shapiro on 49.2%, ahead of Republican Doug Mastriano on 43.3%. The Insider Advantage poll gave Shapiro 50.2% of the vote, with Mastriano on 41.8%

With reporting by Victor Nava. 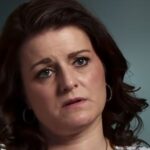 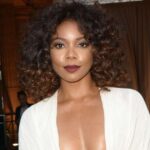 Photos of the Actress With No Bra