Dr. Mehmet Oz called President Biden’s mass pardon of some convicted marijuana offenders a “rational move” on Thursday, signaling a shift toward the center as his race to become Pennsylvania’s next senator enters the home stretch.

The Republican Oz, who is trailing his Democratic opponent Lt. Gov. John Fetterman in most polls, made the comments in an interview with NBC News reporter Dasha Burns.

“Going to jail for marijuana is not a wise move for the country. I think folks who have used marijuana, and that’s the only reason they’re in jail, should not have those criminal – those rulings held against them,” Oz said.

Oz’s position on marijuana pardons puts him in agreement with both the president and Fetterman, who he’s accused of being soft on crime.

With the Nov. 8 midterm elections just weeks away, Biden issued one of the largest mass pardons in US history last week, pardoning roughly 6,500 people convicted in federal court of simple marijuana possession, and thousands more charged locally in DC.

“I really think judges should be empowered to make the difficult decisions, and they generally do it well,” Oz said. “When we tie their hands by making laws at the federal level, it hinders their ability to do what needs to be done.”

When asked about his thoughts on the death penalty for drug dealers, for which Oz-backing former President Donald Trump has advocated, the former heart surgeon and TV talk show host gave a tempered response.

The debate will be a high stakes affair for Fetterman, who has largely avoided the public eye since suffering a stroke in May that has left him with auditory processing issues and difficulties with speech.

Fetterman struggled to speak clearly and needed a monitor with closed captioning to understand Burns’ questions in a one-on-one in-person interview earlier this week, months after suffering a stroke — and two weeks before his first and only scheduled debate with Oz on Oct. 25.

Oz told Burns that while he has “tremendous compassion for what John Fetterman has gone through,” and he believes people with disabilities can serve effectively, he demands that the Fetterman campaign release the lieutenant governor’s medical records.

“The issue for me is the voters of Pennsylvania deserve transparency. When you were asking questions of John Fetterman about his medical records, I was watching his responses and thinking he probably does want to release his records. But he’s not. So why not?” Oz said.

“When people ask me questions, and they often do, about his health condition — you know what I say, Dasha, I have no idea, because literally, I don’t know anything more than you know, because I’ve only seen a few fragments of data from a doctor who took care of him five years ago, saw him again, once. What really happened when he got sick?” 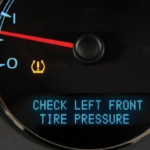 The Lowest Tire Pressure You Can Drive On 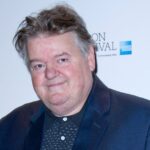