Thousands of migrants are once again overrunning El Paso, Texas, but the city says it can’t help them – until they make a deal over $6.6 million they say is owed by the Biden administration.

The city has become one of the nation’s most overwhelmed border crossings in 2022, processing over 6,000 migrants in some weeks and spending $8.9 million so far this year providing meals, beds and transport for asylum seekers – all of which came out of its city budget.

About 600 immigrants have been released to fend for themselves in downtown El Paso since Friday because all the city’s shelters are full, US Border Patrol told The Post Tuesday, adding they had asked the city to reopen its welcome center, but it refused.

“We’re waiting on $7 million in reimbursement and we’re going to need to see some approval or some advanced funding before we start any other operations,” said El Paso Deputy City Manager Mario D’Augostino at a city meeting Monday.

“They asked us to please set up a welcome center; we held [our] ground,” he added. “We’ve been very clear with Border Patrol, all the state and local partners that we’re not going to go operational until we get secured funding.”

He added the city has requested $3 million in emergency federal funds that, if approved, would allow the city to set up its welcome center for a month.

“I feel sorry for them because they don’t have a place to stay,” said Mariana Hernandez, who works across the street from the bus depot where many migrants head Tuesday, adding she was relieved no one has had to sleep on the streets yet — as happened during a migrant surge in September.

Mayor Oscar Leeser has resisted calls from city council members to ask for help by declaring a state of emergency – which would provide access to state and federal funds — saying in meetings the White House had instructed him not to as it would make President Biden look bad.

Although Leeser had been told to wait for federal reimbursement, so far the city has only received $2.2 million, according to figures published Tuesday.

The buses stopped and the welcome center was closed in October after Venezuelan migrants were ordered expelled from the country under Title 42, a pandemic-era health restriction, and the number of people admitted across the border decreased.

However, El Paso has since been targeted by asylum seekers from Colombia, Cuba, Ecuador and Nicaragua and the city has reported 1,400 people a day attempting to cross from Mexico.

Three council members had urged Leeser to declare an emergency in September to prepare for the next surge of migrants. “We’re being very reactive to this when we should have been proactive,” city councilwoman Claudia Rodriguez said at the time.

“We should have been declaring that disaster declaration a lot sooner and had the resources available, [then] we wouldn’t be in this situation.”

Thousands of asylum seekers rejected from the US are also amassing on the Mexican side of the border in a hastily erected tent city, with many saying they were hopeful they would have an opportunity to re-enter the country again — and some indicating they would resort to illegal means such as people smugglers if they became desperate enough.

Leeser has previously told The Post: “I don’t bow to pressure from any side,” and insisted, “I make decisions based on current circumstances and in the best interest of the citizens of El Paso.” 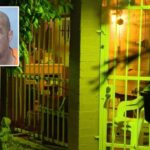 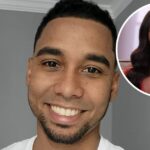