They’re not here for it! Adam Busby and Danielle Busby are generally pretty positive on social media, especially when it comes to keeping their followers up to date on the lives of their six daughters. But sometimes the Busbys just have to clap back at the parent-shamers. When fans and followers make unfair assumptions and accusations about the OutDaughtered duo, Adam and Danielle know exactly how to handle it.

For one instance, Adam — who shares quints Ava, Olivia, Hazel, Riley and Parker and an older daughter, Blayke, with his wife — previously shot back after a hater questioned their interior design choices.

“Nothing negative, asking a legitimate question,” someone wrote on photos Adam posted on Instagram of his head injury. “Why would you have a light fixture so low like that?” In response, the reality star bluntly wrote, “It goes over the table. They didn’t move the table back after installing it.”

Luckily, several fans came to his defense, including fellow TLC star Jeremy Vuolo. “That wasn’t nice,” one user wrote, while the Counting On star chimed in, “Bro. I do that every time we move our table. EVERY. TIME.”

On a different occasion, the dad of six responded after someone shaded his choice of footwear while poolside.

“How about some flip-flops at the pool?” someone commented on the photo of his shoes, to which the hunky dad replied, “I hate flip-flops.” Tell ’em! “Why so rude?” someone replied to their question, while a second user defended, “Respect him. Get off his page!” *Sigh.* You can’t please everyone.

More recently, the ‪BYLTBasics ambassador‬ defended himself and wife Danielle after introducing their new dog, Gus, to the world in July 2021. Adam explained their stance on getting pets after a naysayer commented under a photo with their Bichon Frise Shih Tzu mix and said, “Adopting is the only way to go.”

See his response to that and more by scrolling through our Busby clapbacks gallery below. 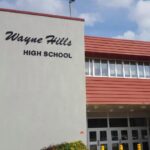 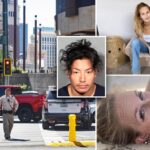