Difficult times. Orlando Bloom recalled a scary incident where he was told he “may never walk again.”

“When I was 19, I fell three floors from a window and broke my back,” Orlando, 45, said in a video via UNICEF’s Instagram on Monday, October 10. The Pirates of the Caribbean actor serves as an international goodwill ambassador for the organization.

“I was very fortunate to survive the fall because my spinal cord was still just intact. I was told for the first four days that I may never walk again,” he continued.

“That was really the beginning of what was a long and painful journey for me into recognizing and understanding some of the patterns that had been in my life that had led me to having numerous accidents. And the culmination was breaking my back, which was a near-death experience.”

The Elizabethtown actor underwent spinal surgery, which was followed by a complicated recovery journey that forced him to wear a brace.

“I would say the months after the fall were quite a dark time,” he admitted. “As somebody who’d sort of always been very active in my life, it felt very restrictive all of a sudden and I was in a lot of pain.”

The Lord of the Rings actor, who shares daughter Daisy with fiancée Katy Perry, went on to note that the accident negatively impacted his mental health, which he said was “particularly challenging because it’s unseen.”

However, Orlando shared a hopeful message with fans who may be experiencing their own mental health issues. “There is always an opportunity for you to transform the pain, whether it be physical or mental, into the good, great fortune of your life,” he said in the video. “It is so important to reach out to people in order to create the possibility for communication that leads to transformation and change.”

Orlando previously reflected on the accident in an Instagram post from August 2021, which included photos of him riding a bike with the brace and a more recent photo of him bike riding.

“That’s me in my back brace circa 1998 about 3 months after I fell 3 floors and crushed my spine, narrowly escaping death and paralysis,” he wrote. “Grateful everyday for my limbs that allow me to push my limits and live life on my edge (safer now).” 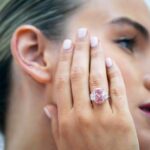 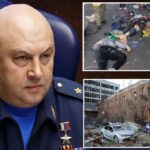