The mayor of a tiny Oregon town has been arrested after allegedly shooting at a car carrying a family with young children during a suspected road-rage incident.

Rufus Mayor Dowen Jones, 47, was taken into custody on attempted murder and assault charges Tuesday, a day after he allegedly fired multiple rounds from a handgun at a passing car, the Hood River County Sheriff’s Office said.

Deputies said two adults and two children, aged 5 and 8, were traveling south of Hood River on Highway 281 at around 8:45 p.m. on Halloween when they noticed an SUV driving erratically in front of them.

When the SUV abruptly pulled over, the family’s car slowed to get a description to report the incident to the authorities, but at that moment the driver of the SUV, Jones, exited the vehicle with his gun drawn and opened fire, authorities said.

The bullets struck the family’s SUV but no one was injured, authorities said.

Jones was identified as the suspect in the shooting and arrested the next day.

He was booked into jail on one count of attempted murder and four counts of first-degree attempted assault. Police have not revealed a motive behind the incident.

Rufus is a rural town with a population of just 270 people, located 110 miles east of Portland along the Columbia River.

Jones was elected mayor of Rufus in 2018 after winning with 76 votes, reported OregonLive.com. He also works as an electrician and a photographer.

“I think the world of him, and so do a lot of people,” Scott Holliday, president of the Rufus City Council, told the news outlet. 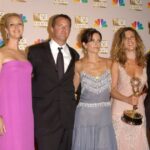 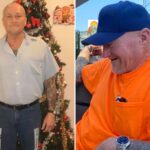