​Only 33% of Americans would ​vote to reelect President Biden if the 2024 election were held today — and 54% would cast their ballot for another candidate, according to a Fox News poll released Sunday.​

The 33% who would vote for Biden — 21% definitely and 12% probably — mark a drop of 3 percentage points since January​, while the percentage who would opt for someone else fell from 60% to 54% in that period, the survey found.

The poll also shows that while 71% of Democrats would vote to reelect the president, 19% would not, along with 91% of Republicans and 54% of independents.

Another 10% said it is too soon to make the decision, or don’t know who they would vote for.

​”This is a rough measure that shows some Democrats hope for a better candidate and Republicans are firmly decided against Biden,” Democratic pollster Chris Anderson​,​ who conduct​ed the ​poll with Republican Daron Shaw​, told Fox News.

“But it clearly understates Biden’s likely support in an election environment against an actual Republican candidate because we know most Democrats will consolidate behind their nominee, whoever that is​,” Anderson said. ​

Biden’s approval rating has rebounded ​slightly to 46% from a low of 40% in July — but voters give him poor marks on a number of traits. ​

Asked if they believed ​the president is a strong leader, 62% said no, an increase of 9 percentage points from a year ago, and 35% said yes, a drop of 10 points during that time.

Fifty-six percent say they believe Biden, 79, does not have the “mental soundness” to serve as president, while 40% say he does.​

“Political science research indicates that when a president is perceived as being a ‘strong leader’ they are likely to have positive ratings overall,” Shaw​ said​. “In Biden’s case, it’s hard to overcome the fact that almost two-thirds think he’s weak.”

But voters give Biden an edge on trying to forge bipartisanship — with 43% saying he has made an effort to work with Republicans, while 34% say GOP lawmakers have tried to cooperate with him.

The poll surveyed 1,206 registered voters between Oct. 9 -12. It has a plus/minus 2.5 percentage points margin of error. 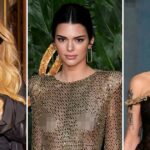 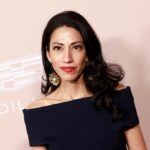