Oregon’s decriminalization of hard drugs has “failed,” with less than one percent of users eligible for state-funded treatment admitted to rehab, according to figures from its Health Authority.

The state has plunged $302 million into treatment services since measures reducing personal possession of drugs including heroin, cocaine, methamphetamine, LSD and others to a fine in February 2021.

Since then fatal overdoses have skyrocketed, with unintentional opioid overdose deaths jumping from 472 to 739 in 2021.

Data compiled by the Oregon Health Authority showed 16,000 people accessed services for drug treatment in the first year of decriminalization, but only 0.85% of those — equivalent to 136 people ­— actually entered programs to get them off drugs.

The report, compiled by a Public Health Strategist, noted those numbers were reported by the organizations who had received $31.4m sent to treat addicts.

“The portions of the measure that impacted whether or not someone can get into treatment directly because of drug use is what’s failed,” Republican governor candidate Christine Drazan told The Post.

“Fewer than one percent of folks who are engaging in these harmful behaviors are electing to pursue treatment.

“That means that we’re not actually solving this crisis in Oregon, and that’s why we have to repeal it,” she added.

The same public health report revealed it had spent its budget on buying needles to give to addicts to inject safely and Naloxone shots to reverse overdoses. The state also purchased 12 vehicles with mobile exam rooms to inspect addicts as well as distribute “harm reduction supplies” and also invested in a recovery housing motel.

Meanwhile, 81% of those who are ticketed by police over their drug use have simply ignored the fines and court dates.

In order to get the $45 to $100 citation dismissed, drug users are required to call a statewide hotline that provides information on where to get drug screening or treatment within 45 days of the citation. The offender must then show up to court to have their case dismissed.

Scott Winkels, a lobbyist for the League of Oregon Cities, told The Post: “What we are hearing is the citation portion of this is not doing what it’s intended to do.

“We are asking the legislature, when or before it convenes, to begin working on some reforms to how we can introduce some accountability into the system … The way we were doing things before wasn’t working either but this new system needs some work.”

Rather than decriminalizing hard drugs, Drazan said more focus should be made in maintaining funds for drug prevention programs and returning to more traditional approaches like diversion court and mandated treatment programs.

“They’ve taken an approach to addiction, which doesn’t do enough for prevention and treatment, and it’s frankly too permissive,” Drazan said.

“Sometimes people need consequences to be able to enter into treatment and get into long term recovery.

The Oregon Judicial Department said 66% of those who were cited from Feb. 1, 2021 to Aug. 31 were arrested for Methamphetamine and 17% for Heroin.

Statistics from the Drug Policy Alliance showed in the first 10 months after the enactment of the new drug possession laws — enacted after a vote by Oregon residents — arrests were down 60% from the 9,100 recorded in the previous year.

“It’s certainly concerning when you see people out on the streets under the influence,” she said.

“It makes you feel unsafe. The drugs and homelessness problem is all over the city.

“Not too long ago, I was downtown [and] people were screaming obscenities and getting violent. That’s kind of the norm now.” Strength said a nearby restaurant was robbed while a florist’s van was stolen not too long ago.

Big name restaurants and other businesses have shuttered their doors too, including Starbucks, which closed two of its Portland locations over employee safety concerns.

During a press conference on September 20, Oregon Health Authority behavioral health director Steve Allen admitted the program had a rocky start, but announced the state has now invested $302 million to combat addiction, partly funded through sales of legal marijuana.

“There was a lot of learning – on the fly – during a time that the COVID-19 pandemic was depleting Oregon’s behavioral health care workforce, diverting critical resources and driving a spike in demand for these services,” Allen said.

“We understand and acknowledge the frustration this caused within our communities, among service providers and among people seeking behavioral health services.”

But Winkels warns people are at breaking point.

He told the Associated Press: “People are going to need to see progress. “If you’re living in a community where you’re finding needles, how many times do you need to see a needle in a park before you lose your cool?” 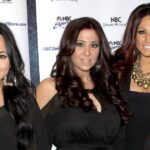 Where Is the Cast of ‘Jerseylicious’ Today? Then-and-Now Photos 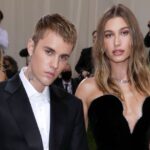 Justin and Hailey Bieber Relationship Timeline Over the Years