Wildfires in California in 2020 produced roughly twice the amount of carbon emissions that state climate policies have eliminated over the past two decades, according to an academic study published this week.

While California’s tight environmental regulations have led to a decline of 65 million metric tons (MMT) of greenhouse gas (GHG) emissions since 2003, wildfires in 2020 alone produced 127 MMT of GHG emissions, researchers at the Energy Policy Institute at the University of Chicago concluded in a study published Monday.

“Wildfires in California have become a major and growing source of GHG emissions,” the study stated. “Over the long to very long term, regrowth could alleviate some of the emissions, but this is unlikely to occur on the time scale necessary to meet near and medium-term emission targets needed.”

“Wildfire emissions in 2020 essentially negate 18 years of reductions in GHG emissions from other sectors by a factor of two,” it continued.

In addition, 2020 wildfire GHG emissions represent nearly half of the state’s 2030 reduction target of 260 MMT of CO2 emissions, according to the study. The data suggested that future wildfire seasons akin to 2020 would completely zero out any reductions created by government policies.

In 2020, California experienced a record-setting wildfire season, according to the California Department of Forestry and Fire Protection. There were 8,648 fire incidents recorded that year, burning more than 4.3 million acres, damaging 11,116 structures and killing 33 people.

A fire started in August 2020 burned across more than a million acres, making it the state’s largest wildfire ever recorded.

Meanwhile, Gov. Gavin Newsom, D-Calif., has pushed an aggressive climate agenda to reduce the state’s emissions and transition its economy to a net-zero economy reliant mainly on clean energy.

In September, the governor signed legislation as part of his so-called “California Climate Commitment” program that would invest $54 billion into climate initiatives, reduce air pollution by 60%, nearly eliminate the state’s oil consumption and reduce refinery pollution 94% through stricter standards over the next two decades.

“Together with the Legislature, California is taking the most aggressive action on climate our nation has ever seen,” Newsom said in a statement after signing the bill.

“We’re cleaning the air we breathe, holding the big polluters accountable, and ushering in a new era for clean energy. That’s climate action done the California Way – and we’re not only doubling down, we’re just getting started.” 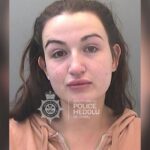 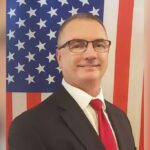