One person was killed and three others injured when a gunman opened fire in The Bronx on Wednesday night, sources said.

The four victims were shot at Southern Boulevard and East Tremont Avenue in Crotona at around 6:30 p.m., according to police.

The 911 caller reported that the shooting happened in front of a chicken shop, though officials erected police tape outside a Gourmet Deli on the corner of the two major streets.

A man was pronounced dead on arrival. The other three victims are expected to survive, sources said.

Police have not disclosed information on the gunman. It was not immediately clear what sparked the shooting. 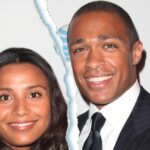 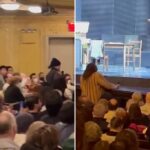 A rowdy, shouting woman stopped Broadway’s ‘Death of a Salesman’