Russia fired off another round of airstrikes against civilian infrastructure across Ukraine on Tuesday, killing at least one person in Kyiv as the G-20 leaders met to discuss a potential declaration condemning the war.

Just under 100 Russian missiles were fired at targets in the Lviv, Zhytomyr, Khmelnytskyi and Rivne provinces in Western Ukraine, as well as the nation’s two major cities, Kyiv and Kharkiv.

Kyrylo Tymoshenko, a senior Ukrainian official, said the strikes hit power plants in the central and northern regions of the country. He called the situation “critical.”

“The situation in the capital is extremely difficult, special schedules of emergency shutdowns are introduced,” he said on the messaging app Telegram.

Authorities in Kyiv said half the city was without power.

Mayor Vitali Klitschko said the city’s one known fatality was a civilian found in a residential building hit by a Russian missile.

The attacks came as leaders from the world’s 20 largest economies — the so-called G20, which includes Russia — met in Indonesia and discussed a potential declaration condemning Moscow’s war on its neighbor.

Tuesday’s strikes were the latest example of Russia lashing out after battlefield losses. Russian forces pulled back from the strategic city of Kherson four days ago, paving the way for Kyiv’s forces to reclaim the regional capital.

Russia’s air assault follows a familiar pattern, bombarding Ukrainian infrastructure from afar in response to strategic losses on the battlefield.

Recently, Kremlin loyalists have gone so far as to call explicitly for attacks on civilian infrastructure, in order to break Ukraine’s will to fight.

But in a video address to the G20 delegates, Ukrainian President Volodymyr Zelensky said his nation would continue to fight, taking advantage of its recent momentum on the southern front.

“We will not allow Russia to wait it out, build up its forces, and then start a new series of terror and global destabilization,” he said.

“I am convinced now is the time when the Russian destructive war must and can be stopped.” 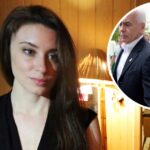 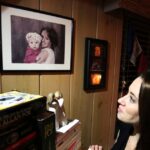