The oldest sentence written in the earliest known alphabet has been discovered – carved into an ivory comb which warned about head lice.

The comb – estimated to be 3,700 years old – was unearthed in an archaeological dig in Israel, according to a new study published Wednesday.

“May this tusk root out the lice of the hair and the beard,” reads the inscription written in Canaanite script, experts said in the Jerusalem Journal of Archaeology.

Microscopic evidence of lice were even found in what remains of the comb’s bristles.

The comb was excavated in 2016 in Tel Lachish site, about 25 miles outside of Jerusalem — but a researcher at Israel’s Hebrew University only discovered the etching late last year, according to the report.

Previous discoveries of Canaanite writing were of a few letters or a word – but this is the first time researchers have found a complete sentence.

“It is a very human text,” said Yosef Garfinkel of Hebrew University, the lead researcher of the study.

The find also showed that “even in the most ancient phase there were full sentences” using the Canaanite alphabet, he said.

Carbon dating couldn’t verify the age of the ancient comb which scientists assume was imported, as elephant with ivory tusks were not native to the region.

The small comb – measuring about 1.5 inches wide – had most of its teeth worn down over the millennia but six teeth on one side were likely used to untangle hair and 14 finer teeth used for targeting live and their eggs, according to the study.

Writing systems predated Canaanite in Mesopotamia and Egypt but relied on symbols rather than an alphabet, an expert on Semitic languages told the Guardian.

Canaanite was the basis for ancient Greek and Latin – and in turn many modern European languages, said Christopher Rollston of George Washington University.

“Throughout human history lice have been a perennial problem,” he told the Guardian. “And this inscription nicely reveals that even the rich and famous in ancient times were not exempt from such problems.” 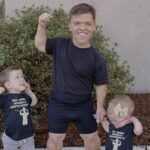 How Much Money He Makes 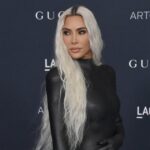 Kim Kardashian Cooking Video Mocked: ‘She Has a Chef’