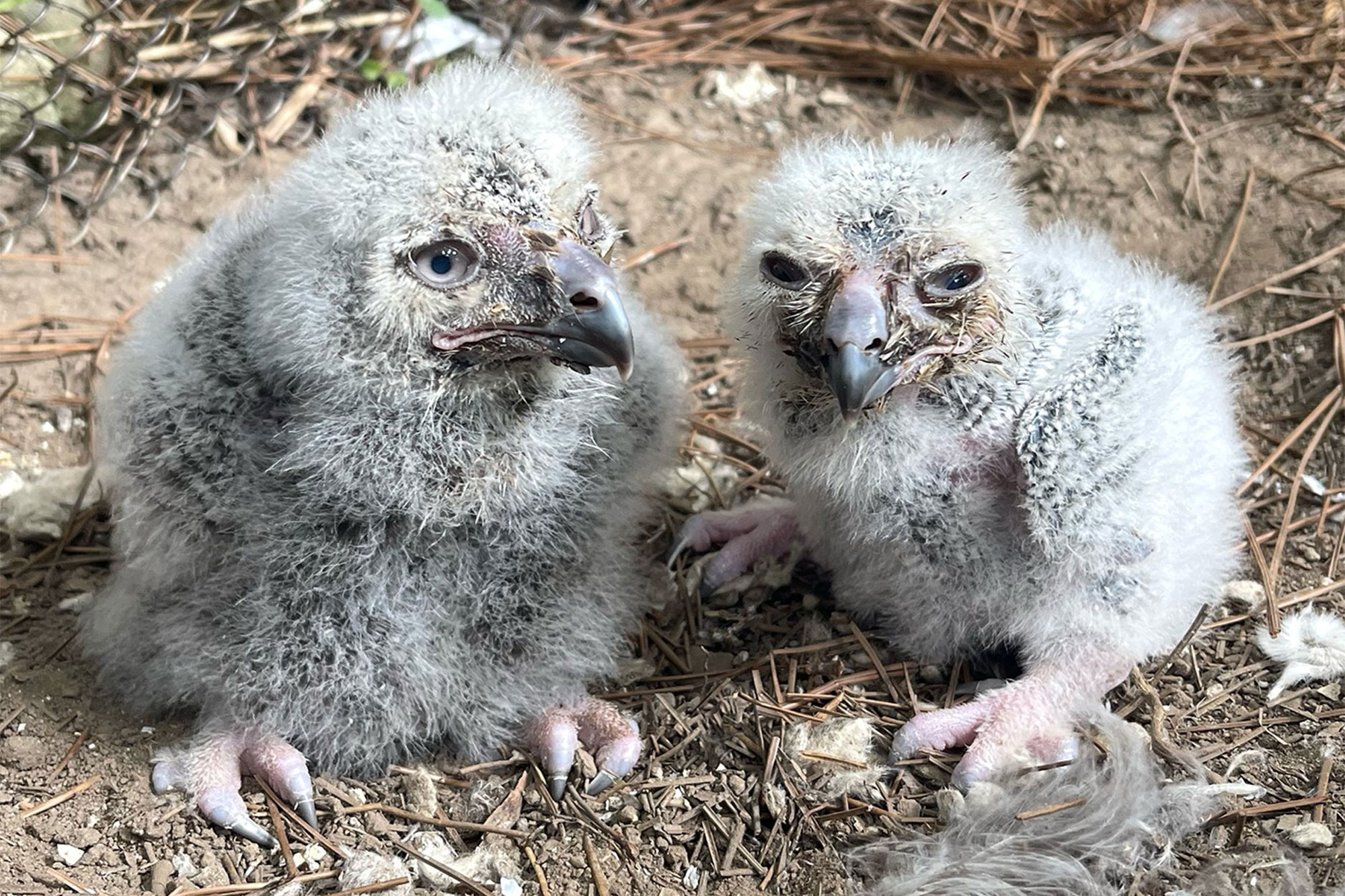 Give a hoot — they’re really cute!

Two newly hatched snowy owlets are the latest inhabitants of an Ohio zoo that called their arrival a major milestone in preserving the threatened species.

The downy baby birds emerged from their shells on July 31 and Aug. 3, the Akron Zoo announced, marking the first such events in the history of its menagerie.

“They are both doing well and being cared for by parents, Frost and Cirrus, in the snowy owl habitat,” the zoo said in a Facebook post on Wednesday.

“Barricades have [been] placed in front of the habitat to allow our new family some privacy as they adjust to being a family of four.”

The gender or genders of the avian infants were unknown, as the zoo said it was leaving “hands off” the pair for the time being.

The Akron Zoo is a member of the Snowy Owl Species Survival Plan, which aims “to ensure genetic diversity in species across zoos that are accredited by the Association of Zoos and Aquariums,” a zoo spokesperson told WKYC 3 Studios in Cleveland.

“Our female, Cirrus, was injured in her native habitat, rehabilitated and unable to be rereleased due to her injuries,” the spokesperson said.

“Therefore, her genetics are not represented at all in zoos and makes these owlets very important to the population of snowy owls!”

Snowy owls are among the largest owls in the world, ranging from 20 to 28 inches in length and with wingspans of between 54 and 66 inches.

They’re native to the high Arctic tundra, where their white coloring camouflages the predators during the winter, according to the Audubon Society.

In 2017, the International Union for Conservation of Nature ranked the birds as “vulnerable” on its Red List of Threatened Species, with the Switzerland-based organization saying their adult population shrank from 200,000 in 2013 to just 28,000.

The impact of climate change on snowmelt, which reduces the availability of lemmings and other rodent prey, is among the threats facing snowy owls, according to the IUCN.

The current population estimate of adult snowy owls is as low as 14,000, and further decreases could lead the species to be declared “endangered.”

Last year, a snowy owl made a rare appearance in Manhattan’s Central Park, delighting bird lovers there for the first time since December 1890.