An Ohio woman allegedly drowned her grandmother the day after the 93-year-old was told she needed to be placed in a nursing home, according to reports.

Granddaughter Heidi Matheny, of Eaton, is reportedly facing a murder charge after she confessed to the twisted crime that ended Alice Matheny’s life Tuesday.

“According to the confession, she was just tired of taking care of a grandmother,” Eaton Police Division Chief Steven Hurd said, according to WDTN.

The granddaughter was worried that she could not afford the cost of the nursing home and insurance would not pick up the tab, according to a police report obtained by the television station.

After the granddaughter and grandmother enjoyed some ice cream, Heidi Matheny, 35, snuck up behind Alice Matheny while she was doing dishes and allegedly shoved her head into the sink, holding her there “until the bubbles stopped,” according to the police report.

She then told police she filled up her bathtub and held her grandmother under for about 15 minutes because she wasn’t sure if she was dead, according to WHIO.

Once Alice Matheny stopped breathing, she left her in the bathtub and went to the police station where she fessed up, WHIO reported.

“It’s nothing that she did,” Heidi Matheny said in the police interview, according to WDTN” She’s not – She’s the perfect freaking grandma.” 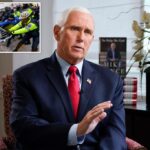 Jan. 6 panel calls out Pence after he slams the committee as being ‘partisan’ 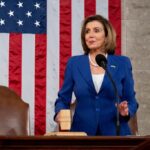 Nancy Pelosi to announce her future political plans on Thursday