An Ohio man was arrested for allegedly groping his 16-year-old stepdaughter during a virtual school class — to the horror of her teacher and classmates, police said.

The teen’s stepfather David Lowe, a registered sex offender, allegedly crept up behind the girl while wearing just his underwear while she was attending an online class at her Berea home for the Ohio Virtual Academy on Sept. 28, police told WOIO.

Lowe then “rubbed his crotch against the back of her head” in view of the girl’s teacher and her 39 classmates, according to Lt. Tom Walker with the Berea Police Department.

Lowe, 52, was charged the next day with sexual imposition, according to the outlet. He has pleaded not guilty to the charges and posted a $50,000 bond.

The Ohio Virtual Academy said in a statement that it is aware of the incident and has counseling resources available to its students.

“As a rule, OHVA always offers students access to licensed school counselors and the availability of outside clinical staff through our partnership with Syntero for any further mental health support needed by students,” said Kristin Stewart, the head of the school, said.

Local police reminded parents to remain vigilant of what their children see online.

“See something, say something,” Lt. Walker said. “As law enforcement officials, it’s our job to protect the children in our community and we want to be aware of any obscene behaviors that occur like this.” 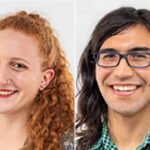 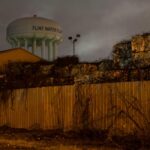