A Cincinnati man is facing federal hate crime charges for a 2021 attack where he socked an Asian-American college student and threatened to kill him for bringing COVID-19 to the US.

Darrin Johnson was arrested and indicted in federal court Thursday for the attack that took place on the University of Cincinnati campus on Aug. 17, 2021, just days before classes began.

The 26-year-old alleged approached the student on Calhoun Street and unleashed a storm of obscenities, the US attorney’s office for Ohio’s southern district said in a news release.

“Go back to your country,” Johnson reportedly said. “You brought the kung flu here.

“You’re going to die for bringing it.”

Johnson then asked the student if he wanted to fight, CNN reported.

Even though the student declined, Johnson then punched him on the side of his head, charging documents state.

“The force of the punch caused the victim to fall and hit his head on the bumper of a parked car,” federal officials said.

The victim sustained a minor concussion and facial lacerations, among other injuries.

Johnson was sentenced to serve 360 days in county jail in October of last year after pleading guilty to misdemeanor assault and criminal intimidation.

If convicted of a hate crime in federal court, Johnson could spend the next 10 years behind bars. 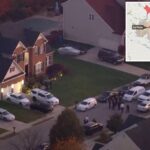 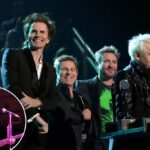