The death of a concertgoer who fell to his death through a garbage chute at Progressive Field more than seven years ago has now been ruled a homicide.

Cory Barron, 22, disappeared during a July 2014 concert featuring country music acts such as Jason Aldean. A worker at a landfill found his body four days later. Investigators at the time found he fell down the five-story chute along the left field foul line, adding there were no signs of foul play.

The Lorain County Coroner’s Office announced Monday that it has changed the manner of Barron’s death from undetermined to homicide. County Coroner Frank Miller cited new information from police that indicates Barron was involved in “an altercation” before his death, meaning it was due to someone else’s actions — or their failure to act.

A Cleveland police spokeswoman confirmed Tuesday that the death remains under investigation, but did not disclose further details about the new information cited by the coroner’s office.

Barron suffered multiple blunt force trauma injuries, authorities have said. Alcohol was found in tissue samples taken from Barron, the coroner’s office said, but his blood-alcohol level could not be accurately measured due to the state of his body. No drugs were found in the tissue samples. 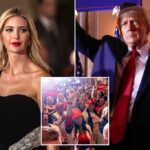 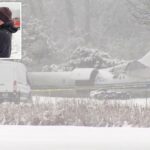