A teacher at a school for deaf children in Ohio has been placed on leave after she was accused of throwing a nine-year-old student to the ground last week.

The alleged incident, which was partially captured on surveillance video, occurred on Dec. 6 at the St. Rita School for the Deaf in Evendale and has left the girl’s mom fuming, WCPO reported.

“No matter what way you watch it, it’s very obvious that, that was a malicious act. It wasn’t accidental,” Alexys Wells, the girl’s mother, told the outlet.

In the school’s surveillance footage, which Wells recorded on her cellphone and later posted on social media, the unidentified teacher was captured scooping the girl up and carrying her down the hallway.

The video appears to glitch at the moment the teacher allegedly tossed the student. The child could then be seen on the ground with the teacher storming away.

A male and female staffer were briefly shown in the video standing over the girl as she continued to lie on the ground.

“When I had first seen the video, I was so outraged that I had to take a minute. I was completely speechless, couldn’t really focus on what I wanted to say,” Wells said.

The mother said her non-verbal daughter also relayed the alleged incident to her.

“She’s completely non-verbal so the very first thing that she did was demonstrate what had happened with her teacher,” Wells said.

It wasn’t immediately clear what led up to the alleged incident and Well claims the school hasn’t divulged anything to her.

She said they referred to it as a “minor incident.”

The Archdiocese of Cincinnati, which oversees the school, said the unnamed teacher had been placed on leave after local police were notified.

“Any actions by a St. Rita School staff member that do not exemplify respect and dignity for the children entrusted to our care are addressed promptly,” a spokesperson for the Archdiocese said.

“The safety of students and staff at St. Rita School is of paramount importance.” 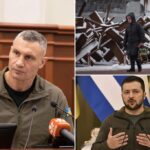 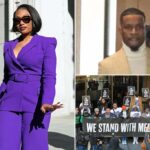