“Alexandria Ocasio-Cortez became a major political figure thanks to her important contributions to Instagram,” Brooks wrote in the Thursday opinion piece, which argues that society is leaning away from political extremes and populism on both sides of the aisle.

“The Green New Deal was not a legislative package but a cotton candy media concoction. Slogans like ‘Abolish ICE’ and ‘Defund the police’ were not practical policies, just cool catchphrases to put on posters,” the columnist contined, characterizing the squad member as the left’s Donald Trump.

“Perhaps David Brooks should actually read the legislation he’s insulting before referring to it as ‘cotton candy,’” AOC wrote.

“The Green New Deal was thoughtfully constricted alongside a coalition of scientists, academics, frontline communities, & more. He wants me to be Trump, but I’m not,” she continued.

Brooks didn’t respond to the lawmakers tweet, which racked up more than 12,000 likes by Sunday afternoon.

Rep. Ocasio-Cortez recently spoke on this issue in an interview with CNN’s Chris Wallace, rejecting a comparison between the “far-left” and “far-right.”

“I do not believe that I am as extreme in the way that Marjorie Taylor Greene on the Republican side is extreme.”

“The idea that there is an equating of…someone who believes in guaranteed universal health care in the United States with someone who believes that undocumented people should incur physical harm are somehow in the same level of extreme is something that I would object to.” 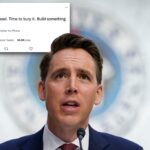 GOP is ‘dead’ after midterm failures — time to ‘build something new’: Sen. Hawley 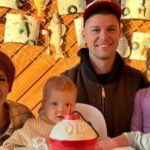