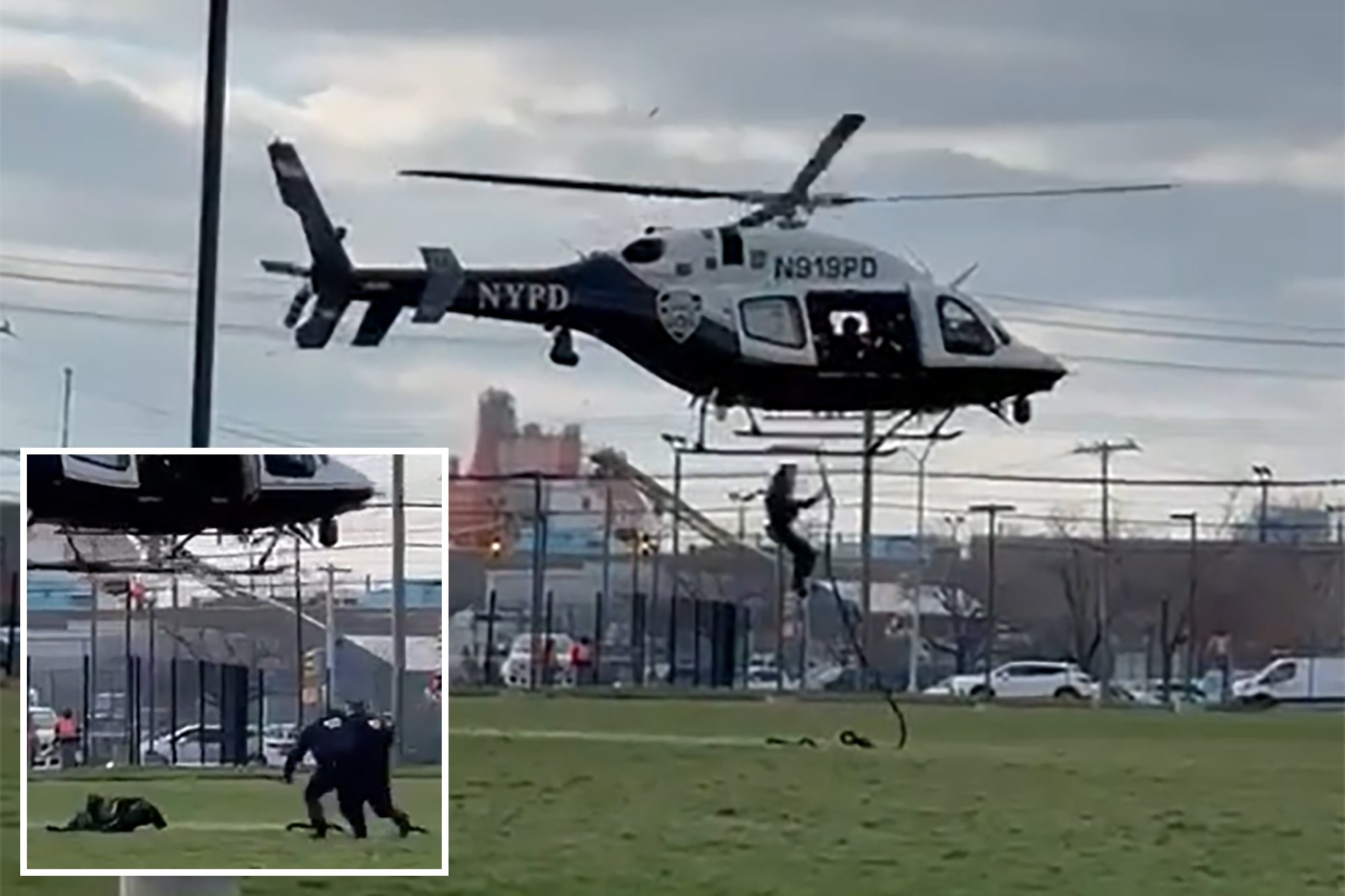 A NYPD detective tumbled from a helicopter — clinging to a rope that wasn’t secured — during training at the police academy in Queens Thursday afternoon, and “snapped his leg in half,” police and police sources said.

Video of the frightening fall obtained by The Post shows the police officer grab onto a rope to slide down from the chopper around 11:20 a.m. — but pictures him plunging from what appears to be 15 or 20 feet because the rope wasn’t attached to anything.

The detective, whose name wasn’t immediately released, was rushed to Jacobi Hospital with a broken leg, police said.

Police sources said the officer’s leg was “snapped in two” in the demonstration. It wasn’t clear why the rope was unattached.

The demonstration was part of an NYPD Hostage Negotiating Team conference.