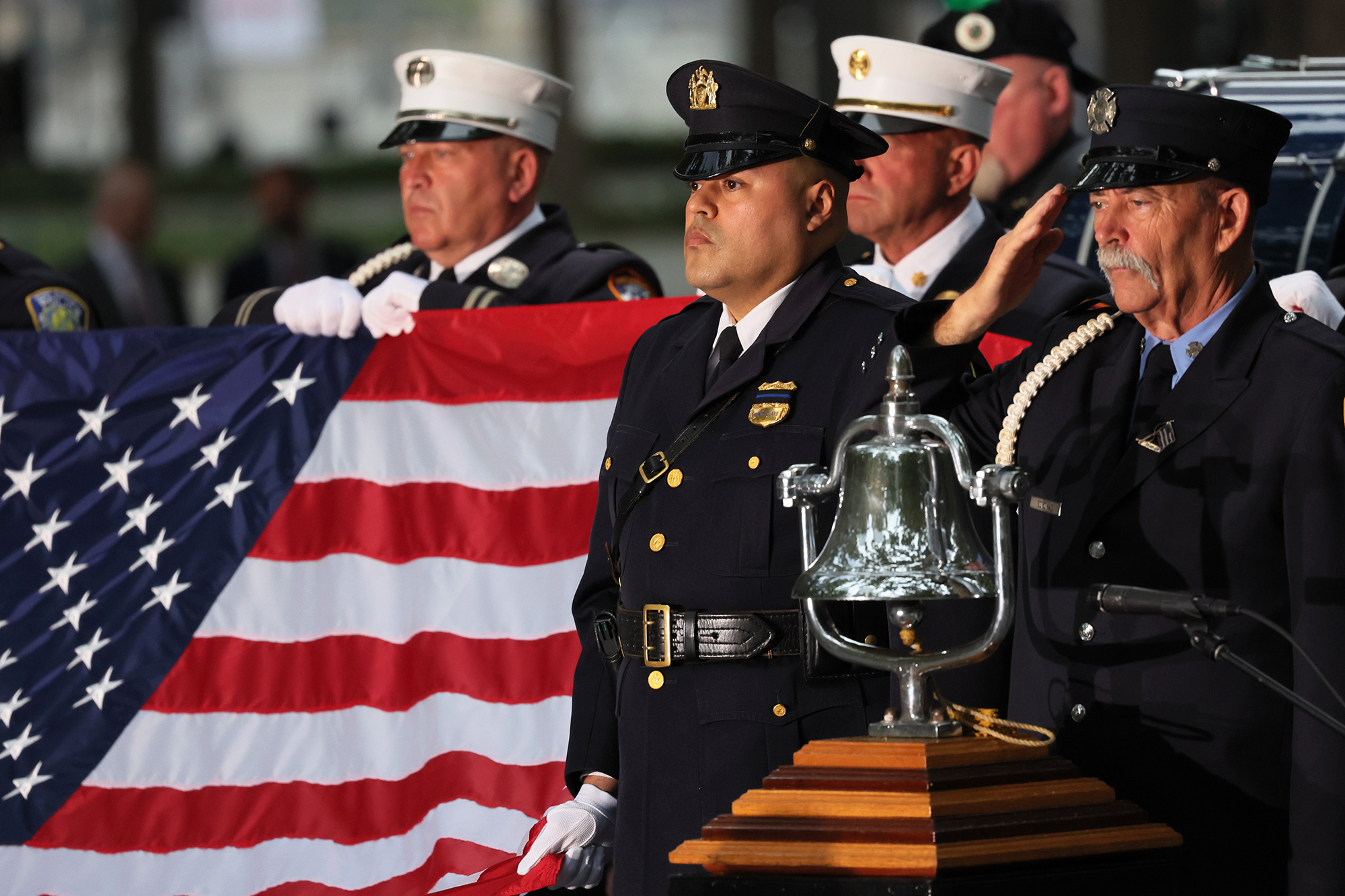 Mourners gathered at Ground Zero in Manhattan on Sunday to mark the 21st anniversary of the 9/11 terror attacks that killed thousands of Americans in New York, Washington, DC, and Pennsylvania.

President Joe Biden paid his respects at the Pentagon outside of DC, where terrorists killed 184 people that day, also.

The Manhattan ceremony included the annual reading of the names of victims by family members and friends.

“I never thought the world could have gotten worse, and yet here we are today. The world truly does get worse without our angels,” said a woman who identified herself as a cousin of victim Brooke David Rosenbaum.

Gil Aronow, 60, VP Global Music Strategy at Peloton, told The Post he came to Lower Manhattan for the ceremony to honor his brother, Richard Aronow, who worked as a lawyer for the Port Authority of New York and New York.

Richard Aronow was 48 when he died in the attack on the World Trade Center.

“He was a wonderful human being taken from this world too soon, no different from the 2,900 who died that day,” his brother said. “I miss him every day. It’s a void that never gets less painful or any smaller over time.”