A Brooklyn teen who was jumped and stabbed by gang members earlier this week died of his wounds on Saturday, officials said.

“I spoke with the young man’s principal this evening, who described him as a joyful leader. He was on the verge of graduation, and was a hard worker who took an active role in leading other young people at his school,” Schools Chancellor David Banks said on Twitter Saturday night.

They caught up to him around 3:20 p.m. in the Rite Aid parking lot on Mermaid Avenue and W. 30th Street, where they left him with a mortal stab wound in the torso, cops said.

Nyheem was rushed to a nearby hospital in critical condition with a collapsed lung and punctured vein, Councilmember Ari Kagan said. The teen died about 24 hours later.

Police believe the teenage assailants were members of a gang. No arrests have been made.

Nyheem, who lived in Seagate, was a senior at K728 Liberation Diploma Plus high school, about a mile from the scene, according to Kagan.

“This week our students repeatedly suffered from senseless acts of violence, and tonight we mourn an utterly tragic loss of life,” Banks said.

Nyheem’s murder closed out a violent week for New York City teens that included the shooting death of a 15-year-old boy outside a Bronx recreation center Thursday.

Earlier this week, a pack of seven teen boys knifed a 17-year-old twice in the back in broad daylight in Queens and a 16-year-old shot an NYPD officer in a Bronx gunfight.

On Wednesday, a 13-year-old boy opened fire outside a Queens high school, striking two students as they waited for the bus. 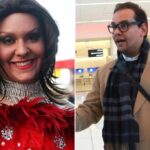 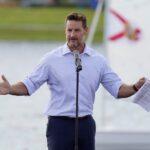