New York City could be in for a warmer than average winter, even as parts of Upstate New York get hit with more snow than usual.

Forecasters from the National Oceanic and Atmospheric Administration (NOAA) Climate Predication Center released an updated winter outlook for the country on Thursday.

Meteorologists predicted that La Niña — a global weather pattern influenced by colder temperatures in the Pacific Ocean — in will be in effect for the third straight winter.

The phenomenon is expected to bring colder weather to the Northwestern region of the country and the western Great Lakes, but there is a 33-40% chance that air in the tri-state area and along the coastal Northeast would be warmer than average, according to the outlook.

NOAA predicts that New York’s downstate region has an “equal chance” of getting more or less snow than average, but a large swatch of the western and central part of the state has a 33-40% of having an especially snowy winter. The odds of the Buffalo region seeing more snow than usual are up to 50%, according to the models.

New York City receives an average of 30 inches of snow per winter. Last year, predictions that La Niña would bring more powder to the city came to fruition, as 37 inches fell in Central Park, according to government statistics.

“NOAA’s new supercomputers are enabling us to develop even better, more detailed forecast capabilities, which we’ll be rolling out in the coming years.” 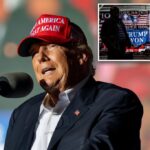 ‘I will probably have to do it again’ 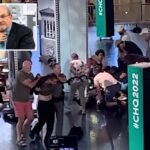