Gov. Hochul’s nomination of former prosecutor Hector LaSalle to be the next chief judge of New York’s Court of Appeals was hanging by a thread Thursday as more state Senate Democrats pledged to reject the pick.

Deputy Leader Michael Gianaris became the highest-ranking Democrat so far to denounce LaSalle after 10 others announced in recent days they would vote to make him the first chief judge nominee ever to be spurned by legislators.

“I believe Justice LaSalle represents a continuation of a status quo that sullied the Court’s reputation and ruled inconsistently with NYers values,” Gianaris (D-Queens) said in a statement on Twitter. “I will vote ‘no’ should the nomination be brought to the Senate floor.”

Hochul will now need at least one Republican vote to get LaSalle confirmed in the 63-seat state Senate — if his nomination makes it out of committee. Despite the criticism, she told the Post that she stands by her decision to pick the man who would become the court’s first non-white chief justice in a statement Thursday.

“Judge LaSalle is a highly qualified, experienced, and respected jurist, and his historic nomination deserves a full hearing and confirmation process,” she said. “I expect that the Senate will fulfill their constitutional duties and engage in a robust, fair process. I know that Judge LaSalle is the best candidate for the job, and I believe that when Senators hear from him directly, they will agree.”

But State Senate Judiciary Committee Chair Brad Hoylman (D-Manhattan) said that with Gianaris coming out against LaSalle, the nomination seemed to have long odds of success.

“It seems to me this is an extremely difficult nomination to move forward,” Hoylman told The Post.

Gianaris further alleged that the centrist LaSalle would not “ensure a change from the harmful tenure of Janet DiFiore and her three followers still serving on the Court of Appeals.”

DiFiore, who left the bench in August, is a former Republican prosecutor who led the highest court in issuing numerous conservative-leaning decisions by a 4-3 majority — contrary to New York’s reputation as a progressive state.

“Unfortunately, there appears to be a great possibility that Justice LaSalle would represent a continuation of the unacceptable status quo that has sullied the reputation of our state’s highest court and ruled inconsistently with the values held dear by New Yorkers,” claimed Gianaris, who also played a key role in scuttling plans in 2019 to build a satellite Amazon campus in Queens.

Criticism from the left over the LaSalle pick has grown since last week, when lawmakers like state Sen. Rachel May (D-Syracuse) alleged his prior work as a lead gang prosecutor and deputy bureau chief of the special investigations bureau in the Suffolk County District Attorney’s office would disadvantage criminal justice reformers for years.

“After a careful review of the nominee, I am forced to conclude he would be regressive on issues impacting women’s rights, labor issues, and climate change. I will be a ‘no’ on Judge LaSalle,” May tweeted Friday morning.

Also of concern to liberals were some of LaSalle’s previous rulings while serving in the Second Department of the state Supreme Court’s Appellate Division in Brooklyn.

LaSalle was part of the four-judge panel that unanimously blocked the then-AG from issuing subpoenas for center records, with Associate Justice Jeffrey Cohen writing that Schneiderman’s requests infringed on the First Amendment rights of the nonprofit centers without being “sufficiently tailored to serve the compelling investigative purpose for which it was issued.”

Labor leaders have also pointed to LaSalle’s decision in a 2015 case allowing Cablevision to sue union organizers who criticized its Hurricane Sandy response.

“The law should have prevented the suit,” a group of nearly 50 New York legal scholars wrote in a letter to Hochul opposing LaSalle. “In fact, the First [Judicial] Department heard a case involving a similar issue but different parties, and threw it out, relying in part on New York’s long-standing labor law.”

LaSalle could not be reached for comment on Thursday. 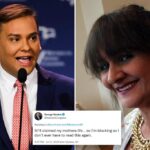 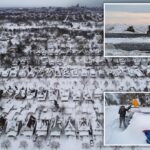 Where does the snow from Buffalo’s blizzard go?