A slew of state Democratic Committee members have signed a letter urging Gov. Kathy Hochul to drop party chairman Jay Jacobs in the wake of last Tuesday’s midterm elections — which left normally true-blue New York in position to flip the House of Representatives for Republicans and the governor coming thisclose to losing.

“Last week, voters across the US successfully combated a ‘red wave’ and instead flipped several state legislatures and gubernatorial seats to Democratic control and fought valiantly to maintain congressional seats,” read the letter signed by hundreds, including sitting members of the state Senate and Assembly.

“Here in New York, however, the State Democratic Party — led by Cuomo appointee Jay Jacobs — failed to commit the time, energy, and resources necessary to maintain our deep-blue status,” the letter states.

Four congressional “seats flipped to Republican control, and Gov. Hochul won by a slim majority — the smallest in two decades,” it adds.

“The writing is on the wall and has been for some time: Jay Jacobs is not fit to serve as Chair of the State Democratic Party, and it’s time for Governor Hochul to work with the party to elect a focused, determined, unifying party leader,” the letter continues.

“During his victory speech, Lt. Governor Antonio Delgado said New York must continue to be a beacon of progress. But we cannot be the guiding light for our country under a party chair who spends his time creating a third party, actively works against Democratic nominees (while comparing them to nationally known racists no less), supports his local Republican Party, doesn’t lift a finger to enact constitutional amendments to protect our democracy, and blames everyone else for his leadership failures,” it goes on.

“The New York State Democratic Party is better than this. We, the undersigned, are ready to work with Governor Hochul to elect a real party leader who embodies actual democratic values and is — as our party website clearly states — ‘committed to building a party that ensures New Yorkers have progressive, fair, and dedicated leaders at every level of government,’” the letter concludes.

On Saturday, Mayor Eric Adams insisted that Jacobs is doing a great job — joining Hochul, who previously said she wouldn’t call for the resignation of the long-embattled party boss.

Bichotte has also come under fire for failing to bring out her party’s vote in Kings County.

“I called for Jay Jacobs’ resignation a year ago and I still hold that position,” AOC said in a tweet Wednesday after being re-elected to her third term representing parts of the Bronx and Queens.

Jacobs was appointed to his leadership role by Hochul’s predecessor, Andrew Cuomo, who resigned after multiple scandals and potential impeachment last year.

On Thursday, Hochul said: “We are not making any decisions. I think he did a great job as chair, and he continues as chair. I am not changing anything.” 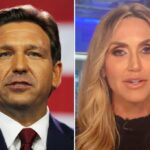 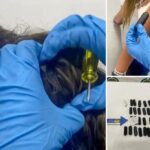